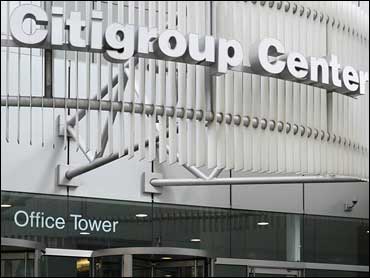 Citigroup Inc. said Tuesday it approved $6 billion in new lending initiatives during the second quarter as part of its programs supported by government bailout funds.

The New York-based bank said it has now approved $50.8 billion in lending programs tied to receiving money as part of the Troubled Asset Relief Program, or TARP. The program was launched last fall by the Treasury Department to help stabilize the lending markets at the peak of the credit crisis.

Citigroup has received $45 billion in TARP money since last October. A portion of that money was recently converted into a 34 percent ownership stake for the government.

Of the money approved for lending, $15.1 billion has been deployed, the bank said in its third quarterly update on how it is expanding lending efforts after receiving government money.

Two new programs, worth up to $6 billion, were approved by Citi in the second quarter. Citigroup will provide up to $4 billion in municipal letters of credit and another $2 billion for mortgage originators.

The lending initiative for municipalities builds on a $5 billion program Citi approved in the first quarter that provides loans to municipal clients to directly fund capital projects, such as building new infrastructure. The letters of credit will be available to local governments, municipal agencies, health care groups and other public finance clients for up to three years.

A majority of Citigroup's lending initiatives since receiving TARP funds have been geared toward the mortgage market, which began to collapse in 2007 and helped push the country into recession. Mounting loan losses on failed mortgages and the declining value of investments tied to the real estate loans have been the primary drivers of losses at banks and other financial institutions.

While big banks continue to face mounting losses across a wide range of credit, from mortgages to home equity loans to credit cards, many, including Citi expect those loan losses to grow as the recession continues.

Citi set aside $12.68 billion to cover loan losses during the second quarter, compared with $7.1 billion during the year-ago period.

The company did return to profitability in the second quarter despite the mounting loan losses because it sold a majority stake in its retail brokerage division, Smith Barney.

More than half the TARP money Citi has deployed so far has been used to purchase bonds backed by mortgages in the secondary market.

Banks like Citigroup do not lend the TARP money directly to borrowers. Instead, the banks keep the extra capital on their books, which allows them to borrow more money from funding sources. Then, they lend that borrowed money to others. A bank makes money by borrowing cheaply for the short-term and lending at higher rates for the long-term; if a bank has no capital, other institutions and investors won't lend to it.

Since Citigroup received an initial $25 billion in October, it said it has made $330 billion in new credit available to U.S. consumers, small business and communities, including $129.7 billion in the second quarter.

As it tries to maintain profitability and increase lending, Citi split its operations earlier in the year into two units, Citicorp and Citi Holdings. The first is focused on traditional banking around the world, while the second holds the company's riskier assets and tougher-to-manage ventures.