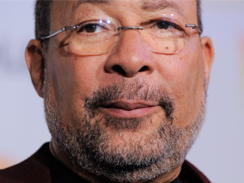 NEW YORK — Richard Parsons, who was named chairman of Citigroup in 2009 just after the bank accepted $45 billion in federal bailouts, will step down from the position, the bank said Friday.

The bank said Michael O'Neill, a Citi board member and the former CEO of Bank of Hawaii Corp., was expected to succeed Parsons. The Citi board will elect a chairman at the bank's annual shareholder meeting in April.

Parsons, 63, the former CEO of Time Warner, has a reputation as a skilled negotiator, diplomat and crisis manager and is one of the most prominent black executives in corporate America.

When he was named chairman, in January 2009, the Citi board faced intense criticism for having invested so heavily in the housing market. Some analysts on Wall Street saw Parson's chairmanship as a continuation of the same supervisory lapses from the board.

Parsons was also an economic adviser on President Barack Obama's transition team, and others saw it as a sign that Citi needed his diplomatic skills at a time when the government had become the bank's largest shareholder.

Citi, the country's third-largest bank by assets, was the last major bank to repay bailout loans after the financial crisis. It made $11.3 billion last year after losing a combined $40 billion in 2008 and 2009. The government sold the last of its stake in the bank in 2010.

In a statement, Parsons said the bank "still faces a challenging environment, as do all the large banks, but the crisis is behind us." CEO Vikram Pandit said the bank had returned to "a position of strength among its peers" under Parsons' stewardship.

Parsons' departure had been expected on Wall Street. Citi stock, which lost 3 cents Friday to close at $34.10, lost an additional 6 cents in after-hours trading.

Parsons worked in the White House under President Gerald Ford. He was rumored as a potential candidate to succeed New York Mayor Michael Bloomberg, before Bloomberg sought and was elected to a third term in 2009, but declined to run.

Two other Citi board members are also leaving.