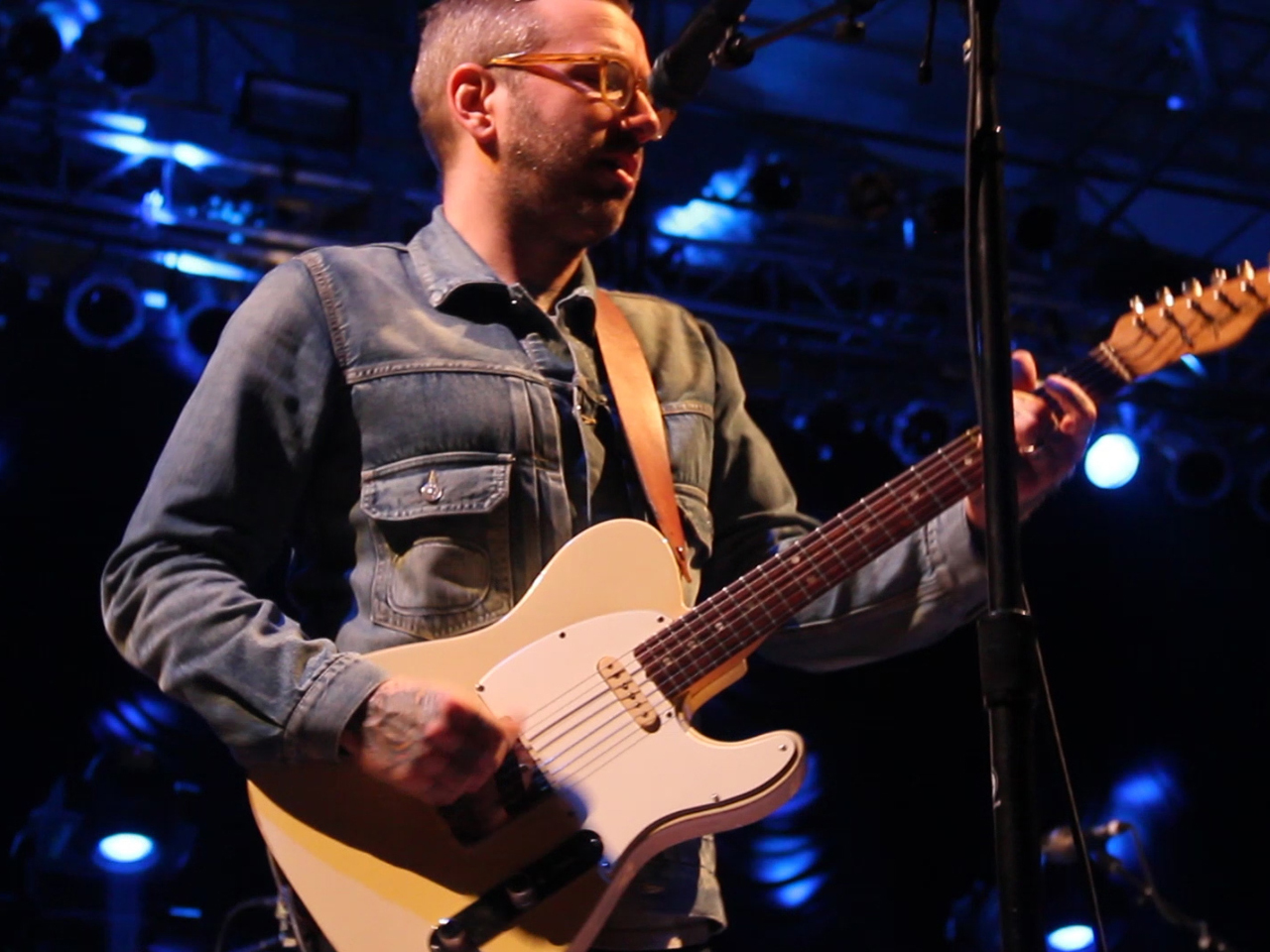 The latest City and Colour album, "The Hurry and the Harm," didn't come together overnight. The Canadian musician took his time writing songs for the follow-up to 2011's "Little Hell."

"The way I've always approached the City and Colour side of my brain, I sort of just write...the work is constant. The way I write songs is not very quick. I really take my time with ideas," said Dallas Green, who goes by the stage name City and Colour. "Full songs don't come very quickly to me...I sit and I write and pine and pull...and hope that a finished product comes out."

For his latest effort, which debuted at No. 16 on the Billboard chart in June, Green wrote 15 tracks. "I'm just constantly playing and trying to write new songs and if I come up with a bunch that I like, then I go and record them and put them out," said Green.

In this case, Green lived with the songs for a while and thought, 'Well, I like them all. Let's go record them.' Recorded at Nashville's Blackbird Studios last fall, "The Hurry and the Harm," is another batch of personal songs from Green, who records under the name City and Colour.

One of the stand-out tracks, "Thirst," almost didn't even make it on the new set; he originally wrote the track for another artist to record. "I've never really done that before. With my songs, I tend to be quite personal. I'm very emotionally invested in the music that I make...But I gave it a shot. I sort of wrote it from a woman's scorned-kind-of-view," said Green.

The female artist never ended up recording "Thrist," and as Green sat with it more, he realized he should keep the song for himself. "It proves to me that I can write a song that I really like that I don't have to be completely emotionally attached to," he said.

Green said the experiment helped him grow as a songwriter. He typically writes music about his personal life and experiences, but with "Thirst," he stepped outside of himself for a bit.

"The goal is to hopefully evolve and to find new strengths and avenues in what you're doing," said Green, who said he hopes that he's grown as a songwriter and performer. "Hopefully you just learn what you like and you don't like...I know that there are certain things that I will always look to when I pick up the guitar and I will always sing a certain way because it's just how my voice is...When I play the guitar, my hands are very small, so there's certain things I can't do. The goal for me is to constantly improve on those normalities I have in my songwriting."

For a good part of Green's life, though, his sound was quite different from the folk-inspired City and Colour. From 2001 to 2012, he served as the guitarist and singer of the post-hardcore band Alexisonfire. During part of that time, Green pursued a lighter side of music with City and Colour, eventually parting ways with Alexisonfire in 2010. So, it's no surprise that some of his latest batch of songs center around his departure from the band.

"I spent 10 years in that band with those guys. I still love them to death and they're still some of my best friends in the world. That was a very difficult time in my life -- knowing in my heart that I needed to go off and do this. That in itself is a difficult ball of emotions," said Green, who released the debut City and Colour album in 2005. "I wasn't quitting the band because I hated them. I wasn't quitting the band because I didn't like the music anymore. I needed to quit the band because this is where I felt like my heart and soul was headed. So, that just ultimately came out in a lot of my songs."

For a long time, Green went back and forth between the harder rock sounds of Alexisonfire and the lighter, folk songs of City and Colour. "A lot of people who just sort of see the two bands -- they are mildly confused how I could be in both bands," said Green, who first started writing songs as teenager (many of those tracks wound up on his City and Colour debut). He loved melodies, but also enjoyed turning up his guitar really loud -- really loud.

Green, 33, said he's enjoying introducing the latest album to U.S. fans on tour this fall, including a recent stop at Central Park's SummerStage.

"I have a whole new live band for the tour," Green said. "That's fun itself because it gives me a chance to breathe new life into the older songs. As a touring artist, no matter how much you love the songs, sometimes you get sick and tired of singing the same song over and over and over...It's always fun to go out and start playing new songs, you get to see how they are going to come across live, how they're going to change shape...I've never really been a big fan of recreating the record live. Then why wouldn't you just listen to the record?"

And when Green returns from the road, there's no question what he'll be doing.

"The first thing I do when I come home from touring is pick up one of my guitars and start playing," he said.