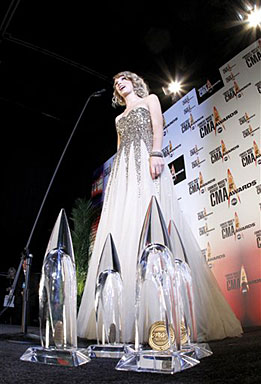 Claudette could grow to a hurricane as it advances toward Mexico's Yucatan Peninsula, forecasters said.

A cruise line diverted three ships to avoid the storm.

Jamaica's government urged people in flood-prone areas to be on alert and warned fishermen to stay in port.

Joseph Brown, 40, said he wasn't taking any chances as he pulled his wooden skiff ashore in Port Royal, just south of Kingston.

"You can't hear something like that and stay out at sea," he said. "But we survived (Hurricane) Gilbert, so we can make it through this."

Gilbert slammed into Jamaica in 1988, killing 45 people and destroying $1 billion of property with torrential rains and 145 mph winds.

Claudette was nowhere near as strong, but officials warned it still could do damage.

The third tropical storm of the season, Claudette developed quickly in the Caribbean and was upgraded from a disorganized tropical wave Tuesday afternoon.

Experts have predicted a busy season, which began June 1 and ends Nov. 30.

The storm's sustained winds were at 70 mph early Wednesday, but by midday a U.S. Air Force plane measured them at 65 mph, the U.S. National Hurricane Center in Miami said.

The storm was about 175 miles south-southwest of Kingston, the Jamaican capital at midday with storm-force winds stretching up to 160 miles, mainly north of the storm's center.

Royal Caribbean International diverted three cruise ships to the Bahamas, including one moored at Ocho Rios, Jamaica, one at the Mexican island of Cozumel and one about to depart from Miami, spokesman Michael Sheehan said.

"It's sudden, but I don't think it will do any damage," he said as he lugged his catch in buckets out of his boat. "This is fun for us. We always play in the storms."

Mexico issued a hurricane watch for the east coast of the Yucatan Peninsula from Chetumal to Cabo Catoche. Claudette was projected to arrive there by Thursday afternoon or early Friday.

Jamaica was under a tropical storm warning, as was Grand Cayman. A storm watch was posted for Cayman Brac and Little Cayman.