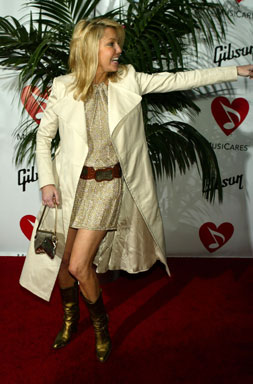 A second Alomar was all the Cleveland Indians ever wanted or needed to end their second-base mess.

Roberto Alomar joined his brother Sandy on the AL Central champions, agreeing Monday to a four-year contract worth $30 million to $32 million.

"In Roberto Alomar, the Indians have acquired one of the elite second basemen in the game today," Hart said. "We are elated to have the Alomar brothers in the Indians family."

Roberto Alomar said he was proud to be playing with his brother.

"It means a lot to be beside my brother, not only to me but to my family," he said after Sandy presented him with an Indians jersey with the No. 12. "This has always been a dream. And for us, this dream has come true."

Alomar's addition finally gives the Indians stability at second base, ending a revolving-door of 15 players who have played the position since the club traded away Carlos Baerga in 1996.

Cleveland also owill have one of the strongest and flashiest middle infields in baseball history with Alomar pairing with Omar Vizquel for a deadly double-play combination. Both players have won six Gold Gloves at their respective positions.

"It would be worth the price of a ticket just to watch Omar and Robbie turn a double play," Hart said last week.

The Indians used six players at second base during the '98 season alone, and went into the postseson with Joey Cora there after acquiring him in a late-season trade with Seattle.

Cora hit just .059 in the playoffs and became a free agent after Cleveland declined to exercise his 1999 option.

Roberto, 30, has been in Hart's sights for several years, and when Alomar became a free agent this winter, Hart made him his No. 1 priority. Alomar and his agent, Jaime Torres, met with Hart and Indians owner Dick Jacobs in Cleveland last week, and reports had the sides close to striking a deal.

With Alomar playing second and likely batting second behind Kenny Lofton, Cleveland manager Mike Hargrove has a lineup with a current or former All-Star at every position, and one rivaled only by the World Series champion New York Yankees.

Alomar, who has played with San Diego, Toronto and Baltimore, spent three sometimes tumultuous seasons with the Orioles. He came under fire in 1996 when he spit at umpire John Hirschbeck during an argument, and last year he and some other Orioles were critical of manager Ray Miller and Baltimore's front office.

Alomar and Indians fans have some history of their own. After his run-in with Hirschbeck during the last series of the '97 regular season, umpires threatened to strike the postseason if Alomar wasn't immediately suspended.

He was given a five-day suspension to be served the next season, and only a court order kept the umpires from walking. But when the Orioles played the Indians in the first round of the playoffs, Alomar was booed incessantly by Cleveland fans.

Alomar, however, became a series hero for Baltimore by singling in the tying run in the ninth inning of Game 4 and hitting a home run in the 12th inning as the Orioles eliminated the Indians.

When the teams met in the 1997 AL championshiseries, Alomar made the final out of Baltimore's season, striking out against Jose Mesa as the Indians defeated the Orioles in six games.

Roberto and Sandy Alomar, a catcher, have played together on five American League All-Star teams. The Alomars could soon be joined on the Indians by their father, Sandy Sr., a 15-year major leaguer who is among several possible candidates being considered to fill two coaching vacancies with the team.

Bothered by injuries the past two seasons, Roberto Alomar hit just .282 last year -- the first time in seven seasons he has been below .300 -- with 14 homers and 56 RBI for the disappointing Orioles.