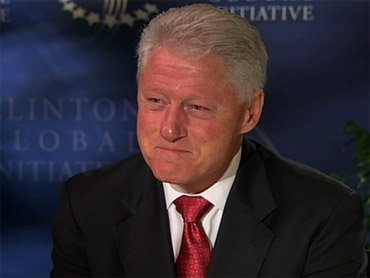 "I believe he'll succeed because the fundamental culture of the country is different," Mr. Clinton told Russ Mitchell, news anchor for CBS' "The Early Show," "because the economic adversity, the burden that our manufacturers are carrying around is enormous."

The former president also referred to the rising cost of health coverage since he left office as a motivator for passing a reform package.

"Our average hourly wages in America have not increased while the cost of health care has tripled," Mr. Clinton said. "The wage increases that workers would have gotten has gone to pay the employer portion of their health care."