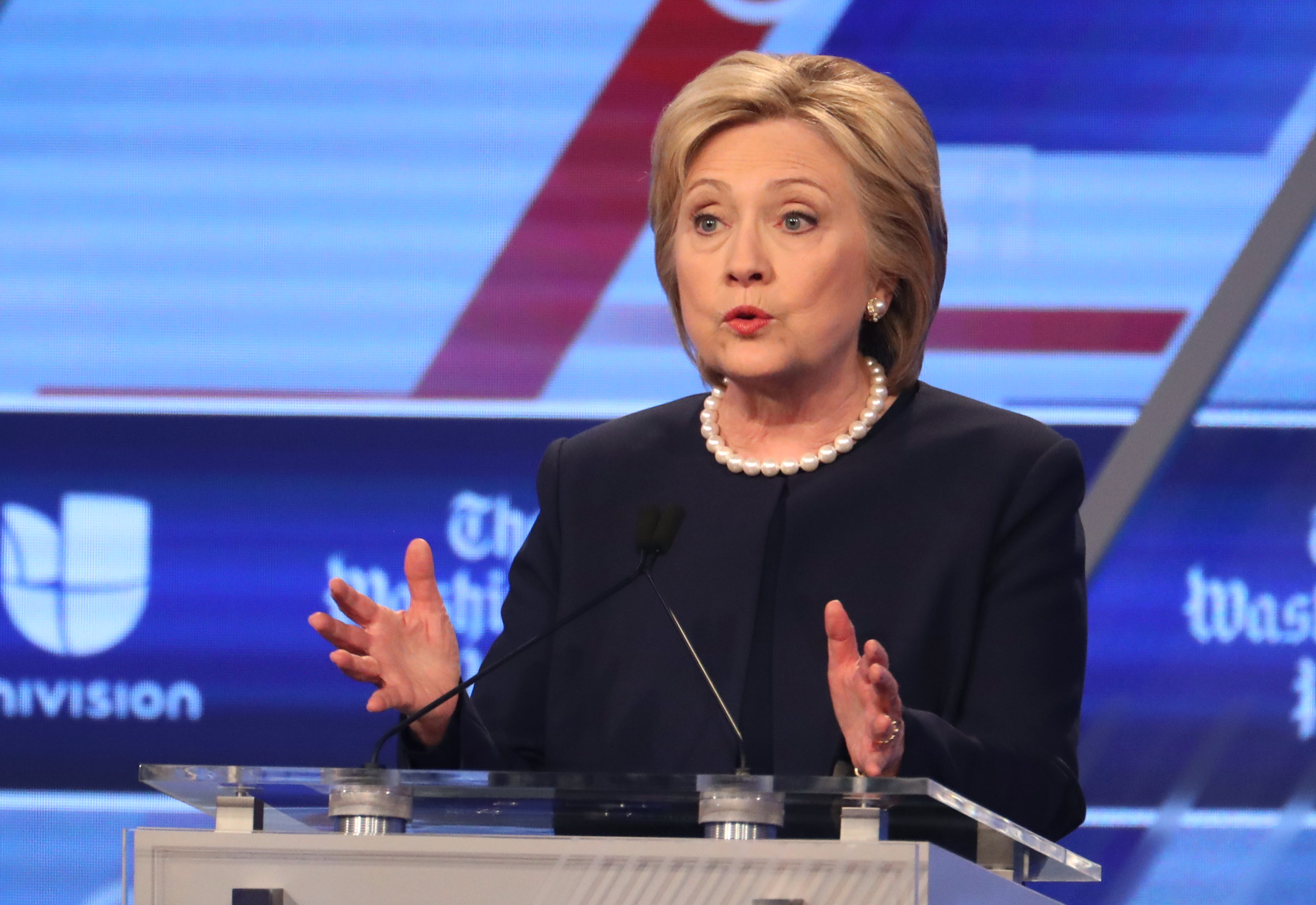 Miami, FL -- The Michigan primary is over, but Hillary Clinton is still hitting Bernie Sanders for his vote against the 2008 bailout of the auto industry.

"That's his perfect right," Clinton said during the Democratic debate here on Wednesday night. "But if everyone had voted as he had voted, we would not have rescued the auto companies."

Clinton was referring to Sanders' vote in early 2009 against the use of federal money, initially set aside to keep financial institutions afloat, to bail out failing motor companies. It's a line she first unleashed at the last Democratic debate just a few days ago in Flint, as she and Sanders battled for votes in the Michigan primary that the Vermont senator unexpectedly won.

Politifact rated Clinton's claim that Sanders was "against the auto bailout" as "half true". And at Wednesday night's debate, Clinton was careful to describe Sanders' vote against the Wall Street bailout as separate from his vote in December 2008 for a separate package specifically for the auto industry.

"The Republicans marshaled the votes against it," she said of that program. "A month later, in January, a new piece of legislation was offered that contained the money that would be used for the auto rescue."

"I voted for it," she continued. "It was a hard vote. A lot of the votes you make are hard votes but the fact is the money that rescued the auto industry was in that bill."

Sanders has accused Clinton of mischaracterizing his record and, in response to her repeating this line of attack, he suggested that Clinton was saying one thing to some audiences and another to others.

"When she defended her vote," he said, "she said, 'well, it's going to help the big banks in New York; those are my constituents.'"

"You go to Detroit," he continued, "and this helps the auto workers."

Clinton's campaign manager told reporters earlier Wednesday that voters would continue to hear about it on the campaign trail as the primaries begin to shift to other rust-belt states like Ohio next week.