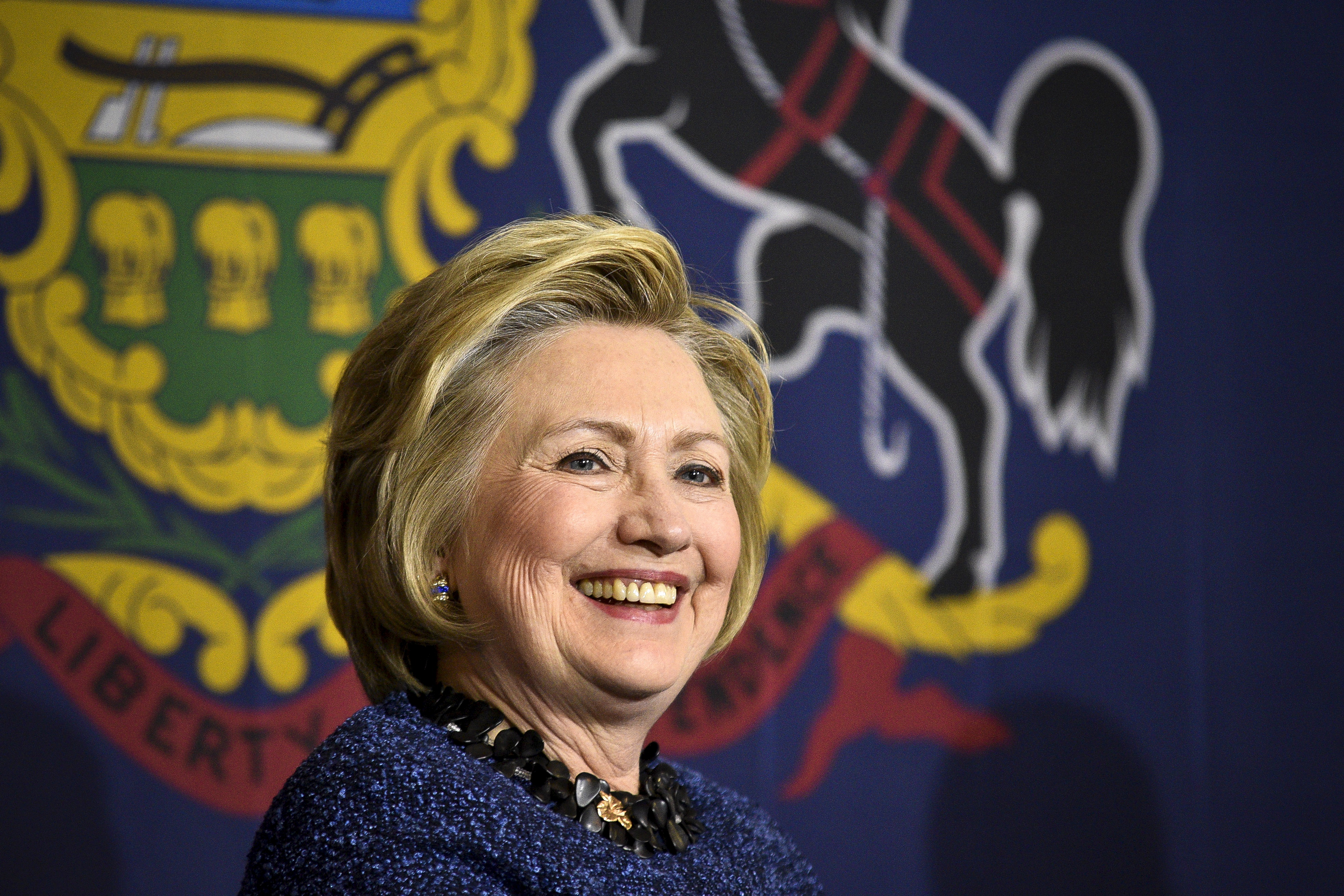 HARTFORD -- Hillary Clinton declined again to say it's time for Bernie Sanders to get out of the race for the Democratic nomination on Thursday, calling the decision to drop out "a very personal decision."

"That's up to him," Clinton said, during a televised town hall on Good Morning America. "I would never tell anybody what to do."

Clinton, then asked how she would work to unite the party if she wins the nomination, went on to list areas where she and Sanders agree on policy.

"We want to tackle inequality," she said. "We want to raise the minimum wage. We want to make sure that people who are putting our economy at risk are reined in, regulated. No bank is too big to fail. No executive too powerful to jail. We share those views so I believe that once the nominating process has concluded, there is a great reason to come together."

During the hour-long town hall, voters from across the country asked Clinton about criminal justice reform, the wage gap and trust. Rep. Brendan Boyle, a Democratic congressman from Pennsylvania and a superdelegate, asked Clinton more specifically how she would reach out to young voters, who have shown strong support for Sanders in many of the primary contests so far.

"I have said to groups of Sanders' supporters that they may not support me now, I totally understand that," Clinton said, "but I support them."

Devin Deford, a student at Morgan State University in Baltimore and a Sanders supporter, asked Clinton if she would release the transcripts of her speeches to Wall Street firms. Clinton instead called on Sanders to release more of his tax returns. Sanders made public his 2014 federal tax return late last Friday.

As for her speech transcripts, Clinton again said she would only release them if and when other presidential candidates agree to do so. Clinton said she had no regrets about giving paid speeches.

"Like all my predecessors, I gave speeches to a wide variety of groups and it was, you know, predominantly about what's going on in the world," she said. "People are really interested in what you see and what you understand about the world when you come out of that position."

Another voter asked Clinton to name her "greatest political regret."

"I guess my greatest regret was voting to give President Bush authority in Iraq," she said. Sanders has used Clinton's vote for the war in Iraq to question her judgment.

"It did not turn out the way that I had thought it would, based on what he had said," Clinton continued,"and I regret that and I've said it was a mistake."

Clinton was also asked to name a habit of her husband's that she finds "most annoying."

"Where do we start?" Clinton joked. She said that President Bill Clinton has a habit of leaving the lights on after he falls asleep.

"That means I have to get up, go around and turn the light off on the other side of the bed," she said.