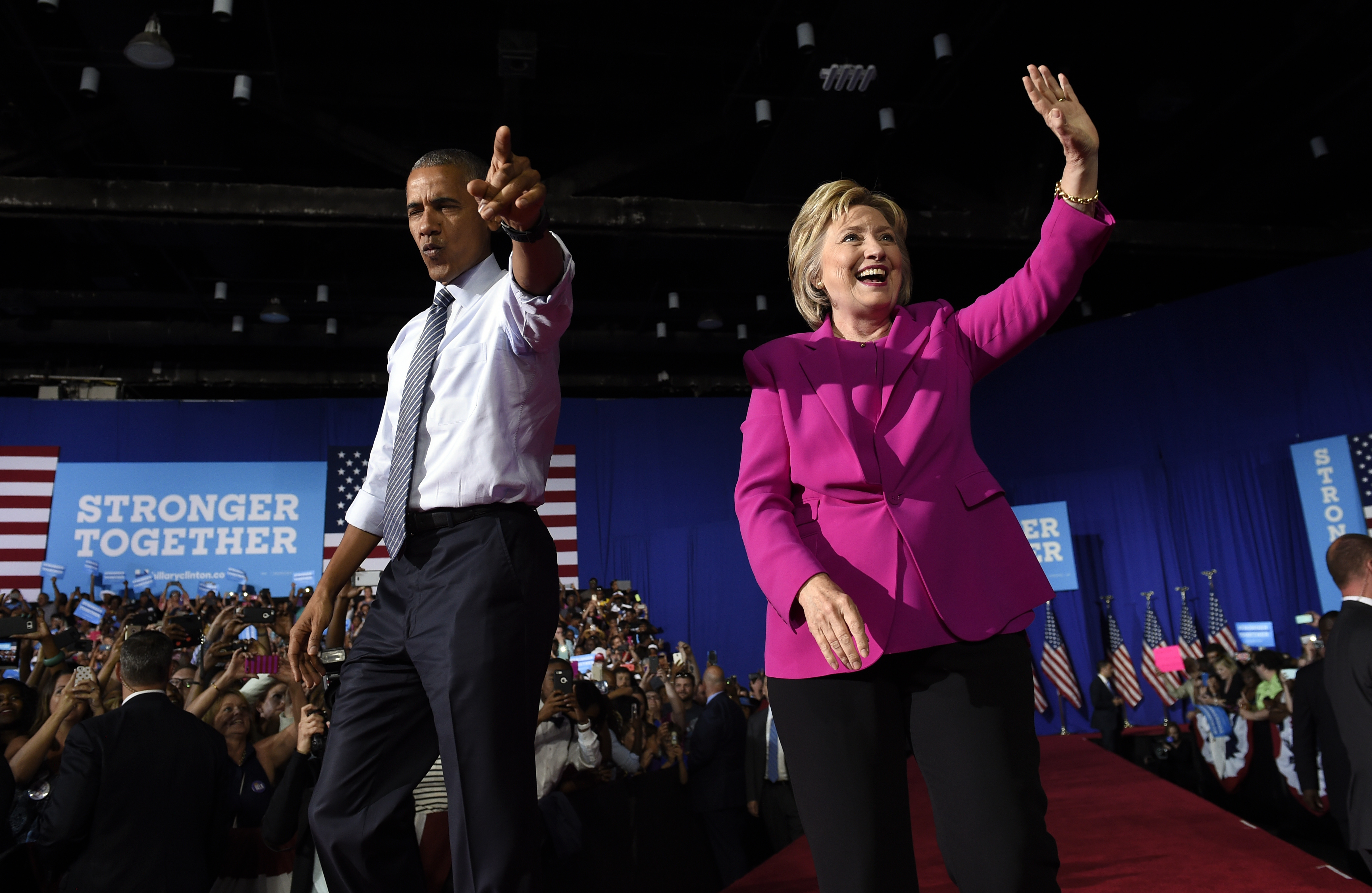 Until Tuesday, when President Obama and Hillary Clinton walked off Air Force One onto a tarmac in North Carolina, a sitting president had never traveled on a presidential aircraft with a presidential candidate who wasn't vice president.

Air Force One has served as a potent campaign symbol for as long as it has existed, but it's typically been used to advance the president's agenda, not the campaign of his would-be successor--making this unique, says Ken Walsh, a former White House correspondent and author of Air Force One: A History of the Presidents and their Planes.

He suggested that Mr. Obama's rising approval ratings and relatively scandal-free presidency have aligned the stars for Clinton to absorb some of the mystique associated with the presidency.

"The guests on Air Force One, in particular, are the politicians who are running for office, and often find it very valuable to be seen in getting on and off Air Force One with the president because it shows that person is connected to the most powerful person in the country," he told CBS News. "If the president is very popular, that makes it even more valuable for another politician."

It makes sense, then, Walsh thinks, for Clinton to further highlight her ties to President Obama by appearing on Air Force One in places like North Carolina, where the secretary hopes to increase voter turnout with African Americans and young people--groups that tend to be pro-Obama. North Carolina is a state he won in 2008 and narrowly lost in 2012. Walsh predicts the two will campaign together in constituencies where the president is popular, such as in Illinois and California. According to a White House spokesperson, this remains a possibility.

"I think one observation that I can make is that one of the benefits of having the strong political support of someone as high-profile and as influential as President Obama is that he doesn't struggle to get attention for the affirmative case that he will make for Secretary Clinton," Josh Earnest said aboard Air Force One. "So I wouldn't rule out future joint events."

In modern presidential history, there have been few relationships between incumbents and their would-be successors as close as the Obama-Clinton one, which explains why previous candidates, especially former vice presidents, haven't capitalized on presidential resources.

For example, in 2008, Republican nominee John McCain distanced himself from then President George W. Bush, whose approval ratings were hovering in the thirties, according to a Gallup poll. And, though President Bill Clinton saw a high approvals in 2000 -- about 51 percent -- Vice President Al Gore was still quick to separate himself from the president over his affair with Monica Lewinsky. Reagan's vice president, George H.W. Bush, feared being overshadowed by the popular president. And, as far as the candidates in the 1970s go, Vietnam and Watergate didn't exactly offer the kind of publicity presidential aspirants would be interested in capitalizing on.

Clinton's opponent, Donald Trump has already tweeted a critique of the appropriateness of the duo's trip:

In response, the White House said it has a formula to determine how much of the trip the invited guest should fund. John Hudak, a senior fellow in governance studies at the Brookings Institution, estimated that President Obama's trip to Charlotte with Secretary Clinton cost close to $500,000.

"In Secretary Clinton's case, it would probably be in her interest when she is using Air Force One to travel with the president exclusively for a campaign event, to at least reimburse for the number of seats she and her staff will occupy," Hudak suggested. The Clinton campaign told CBS News that it will reimburse the White House for its portion of the cost, as is its standard practice.

Whatever criticism the two weather over the trip, Hudak thinks it was worth it for Secretary Clinton to bask in the prestige of Air Force One --even if it was just for a moment -- because it sent a message.

In Charlotte, "the President was saying, 'I'm ready to pass the baton,'" Hudak said. "It's sort of a signal -- 'I'm also willing to hand over the keys to the plane.'"