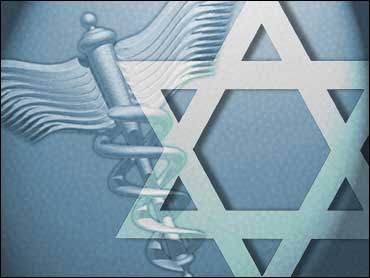 Weeb Ewbank was buried Saturday, remembered as a championship coach and caring man who left an enduring stamp on his teams and players.

"It sounds a little corny saying that pro coaches were like fathers, but it's true," said Joe Namath, quarterback on Ewbank's 1969 championship New York Jets, who upset the NFL's Baltimore Colts in the Super Bowl.

"Not only Weeb but his wife, Lucy," Namath said. "They cemented relationships. You saw all these guys with an outpouring of love - that's because people loved Weeb and Weeb loved people."

More than 350 people, many of them former NFL players, attended the hour-long service at Oxford Presbyterian Church in the town where Ewbank played football, coached and retired.

Ewbank, a Hall of Famer and the winning coach in two of pro football's most famous championship games, died Tuesday at his home at 91.

Hall of Fame receiver Raymond Berry, who played for Ewbank with the Baltimore Colts in the 1950s, said his former coach gave players a sound but simple system.

"He allowed his players to perform at their absolute peak because they weren't burdened down by what they didn't need," Berry said.

"Weeb spent many long hours at practice so we could be accountable on the field Sunday," Hill told The Journal-News of Hamilton. "We're going to miss him and our lives will be at a loss for a while. But when we think of him we can rest easy that our lives were accountable, too."

The only coach to win titles in the AFL and NFL, Ewbank coached Namath and the New York Jets over the Baltimore Colts 16-7 in the 1969 Super Bowl, giving the AFL its first title over the established NFL.

In 1958, Ewbank coached Johnny Unitas and the Colts to a 23-17 overtime win over the New York Giants for the NFL title. Often called the greatest football game ever played, the championship helped place the NFL at the top of American sports.

"Weeb combined a low-key style with a flair for the most dramatic of accomplishments," NFL commissioner Paul Tagliabue said. "He led two of the legendary teams during the era of pro football's greatest growth. But he preferred to stay in the background and let the players take the credit."

"He also was a very good judge of talent. He had flair for finding who could play and who couldn't," he said.

Born in Richmond, Ind., Ewbank lived with his wife, Lucy, in Oxford. He is also survived by three daughters, eight grandchildren and 17 great-grandchildren.