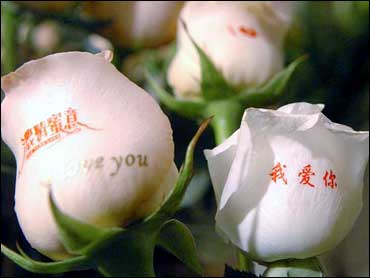 His reputation varies depending on which NHL city you visit.

Talk to the folks in New York, and he's a hero -- the guy who led the Rangers to their first Stanley Cup in nearly 50 years. Spend a day in St. Louis and the folks there will tell you he single-handedly set the Blues organization back three years.

Hockey fans either love him or hate him. But either way, they have to respect Mike Keenan for becoming just the sixth coach in NHL history to rack up 500 regular-season victories. Keenan got No. 500 Thursday night when his Vancouver Canucks beat the Colorado Avalanche 5-0.

"It means a lot," said Keenan, starting his second season in Vancouver. "I'm very proud of the accomplishment. As I said earlier this week, it means I've been around too long."

For some, Keenan wore out his welcome a long time ago. His my-way-or-the-highway style adopted from his mentor, Detroit Red Wings coach Scotty Bowman, has gotten Keenan into trouble just about everywhere he's been. His popularity, like his hairline, recedes with time.

He lasted only four seasons in Philadelphia despite leading the Flyers to two Stanley Cup finals appearances in three seasons and winning coach of the year honors in his first season in the league (1984-85). The same happened in Chicago, where Keenan took the Blackhawks to the finals in '91 and was fired two seasons laer.

He never gave the Rangers a chance to tire of him, moving on to St. Louis after winning the President's Trophy and Stanley Cup in his only season in New York (1994-95).

In St. Louis, they more than tired of Keenan. In two-plus seasons as Blues coach/GM, he made a number of unpopular trades leading to financial losses and fan apathy. Worse yet, the Blues' franchise player at the time, sniper Brett Hull, hated playing for Keenan and Hull's game suffered for it.

It's too early to tell what Keenan's fate ultimately will be in Vancouver. The Canucks were a doormat last season, but Keenan didn't arrive until former coach Tom Renney was fired. Still, some have said it was Keenan's iron-fisted ways that made superstar Pavel Bure, a 50-goal scorer last season, leave the team and demand a trade.

The headaches and ulcers he's created aside, nobody can dispute Keenan's record. During 13-plus seasons in the league, he has had only three losing records. He racked up 190 regular-season victories in Philly, 153 in Chicago, 52 in New York, 75 in St. Louis and, as of Thursday, 30 in Vancouver.

Keenan is a proven winner and deserves some praise today. Then, those of you who want to, can go back to hating him tomorrow.

Top ten things NHL fans should be thankful for this Thanksgiving.

Wayne Gretzky: The Great One can't save the pathetic Rangers by himself but is still a joy to watch.

2. Colin Campbell: The days of Brian Burke and his two-game suspensions are over. Campbell, the new senior vice president and director of hockey operations, is making it tougher on thugs by handing out legitimate penalties for cheap shots.

3. Maple Leaf Gardens: The 67-year-old building is on its deathbed but, until February, remains the best venue in the world to watch a hockey game.

4. ABC: The network forked out the big bucks and made sure the NHL has a big-time home on television well into the next century.

5. Smaller goal creases: The new crease rule has resulted in fewer infractions, fewer reviews and, best of all, fewer delays.

6. Carolina's Keith Primeau: A good guy and one of a few players in the game capable of centerng a top line, playing on the power play and penalty kill, and defending himself.

7. The Nashville Predators: What they lack in talent they more than make up for in heart. They also have the coolest logo in the league.

8. Buffalo's Dominik Hasek: He can put an entire team (Olympic or NHL) on his back and still keep the puck out of the net.

10. Dallas' Ken Hitchcock: He looks like Captain Kangaroo but coaches with the intelligence of Captain Kirk.

Checking in with the champs

A rather inauspicious (8-8) start had the two-time defending champion Detroit Red Wings more than a little concerned. They weren't scoring enough, their normally sound defense suddenly was error-prone and goalie Chris Osgood had surrendered four goals in consecutive losses to Dallas and Calgary.

But it turns out the Red Wings' lackluster play was nothing a long bus ride couldn't cure. The team was forced to take a bus from Calgary to Edmonton (a 180-mile trip) this week because its team plane suffered fuselage damage when a fuel truck backed into it at Calgary International Airport.

Red Wings players and coaches claimed the ride was a bonding experience that took them back to their junior-league roots and made them a hungrier team in Wednesday's 6-2 victory over the Oilers.

"The bus trip was a great remedy," Red Wings associate coach Dave Lewis said. "It was just what the doctor ordered. We got back to basics, back to where we all came from, back to our roots."

Game of the week

New Jersey at Dallas, Wednesday, 7:30 p.m.: In a Thanksgiving Eve treat, the best in the East goes up against the best in the West. The game also features arguably the top two defenses in the league.

The division did not conduct the prevalence survey for the 2019-2020 academic year because in-person instruction ended.

The site is also working on other new products, including Communities that let users chat about favorite topics.

A letter recently given to Malcolm X's daughters puts into question the details surrounding his killing.

Granholm, a vocal advocate for clean energy, worked with auto makers on electrification as governor.