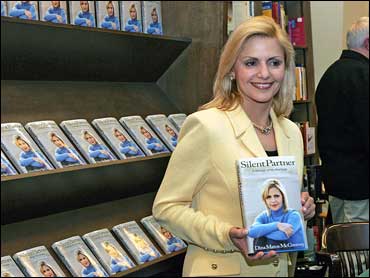 The nation's largest youth basketball organization is playing tough with coaches who can't control unruly parents in the stands this season.

The National Junior Basketball organization's new rules hold coaches responsible for the conduct of fans and will suspend or banish coaches from the league if parents misbehave.

The league is following similar efforts by Little League baseball and the American Youth Soccer Organization, which have recently have experienced violent episodes involving parents.

The National Junior Basketball organization so far has avoided like problems, but league president Dennis Murphy said he didn't want to be the next youth league official apologizing for abusive behavior by parents and coaches.

Basketball referees can give blue cards to coaches who can't control fans. In soccer, yellow and red cards are used to penalize or expel players and coaches.

A coach who receives two blue cards in one game is ejected and suspended for the following game. A third blue card in a single game bans the coach from the league and suspends the team for the season.

The league, with more than 25,000 participants in six states, has handed out about a dozen blue cards in the first three weeks of play in its winter season, but no coaches have been banished.

"People are becoming more and more brazen," said Chip Stassel, a seventh-grade all-star team coach in Newport Beach. "They're getting more comfortable with being verbal. They lose sight that it's for the kids. The kids come out for fun; the parents come out to win."

© MMII The Associated Press. All Rights Reserved. This material may not be published, broadcast, rewritten, or redistributed