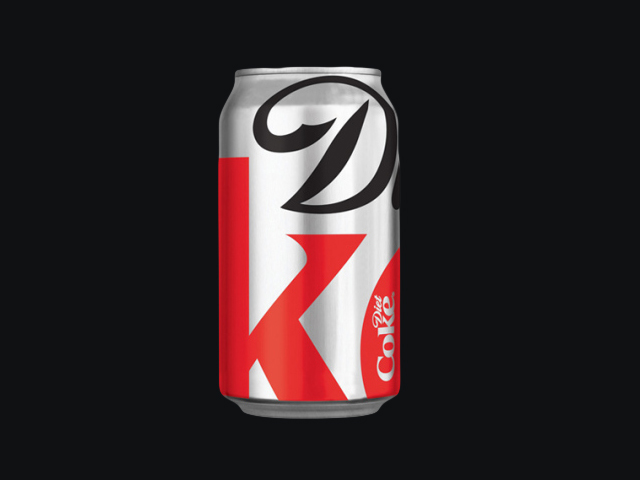 NEW YORK Coca-Cola plans to run its first ad defending the safety of artificial sweeteners on Wednesday, a move that comes as the company looks to stem declining sales of diet soda.

The print ad is set to run in USA Today in the Atlanta area, followed by the Atlanta Journal Constitution on Thursday and the Chicago Tribune next week. It says that diet drinks can help people manage their weight and stresses the scientific evidence showing the safety of aspartame, which is more commonly known under the NutraSweet brand name.

The ad represents the next phase of a campaign Coca-Cola Co. launched in January to push back at critics who blame its sugary drinks for fueling obesity rates. The first wave of ads outlined the company's commitment to fighting obesity and pointed to the many diet options it offers. Now Coca-Cola is trying to reassure people that those lower-calorie drinks aren't harmful.

"Coke is trying to get out front and proactively defend these diet sweeteners," said John Sicher, editor of Beverage Digest, which tracks the industry.

The fading popularity of soft drinks in the U.S. has been a long-running trend, given worries that the sugary fizz makes people fat. But more recently, people have been pulling back on diet soda as well, signaling that concerns about soda go beyond weight gain.

The declines come even though the Food and Drug Administration says aspartame may be safely used in foods as a sweetener, and the ingredient can be found in a wide array of other type of drinks and foods. The American Cancer Society also notes that most studies using people have found that aspartame is not linked to an increased risk of cancer, including the largest study on the topic.

Still, some feel there may be effects from consuming large quantities of artificial sweeteners over a lifetime that haven't been detected. Artificial ingredients in general are also falling out of favor as people increasingly move toward organic and natural ingredients.

"Even if (aspartame is) 100 percent safe to use, it's still problematic from a nutrition standpoint," said Andy Bellatti, a registered dietitian based in Las Vegas who is critical of the food industry's marketing practices.

Bellatti noted that foods and drinks aren't good for people just because they don't have any calories or have been shown to be safe. He added that ingredients such as aspartame only keep people hooked on sweets over more wholesome choices.

In a nod to the various concerns over artificial sweeteners, Coca-Cola and rival PepsiCo Inc. are also working to come up with a drink that uses natural, low-calorie sweeteners.

This summer, Coca-Cola rolled out a version of its namesake soda sweetened with stevia in Argentina, a smaller market where it can better gauge how the drink performs. Stevia comes from a plant of the same name.

Notably, Coca-Cola's ad softpedals the fact that it is about artificial sweeteners, a sign that the company wants to be cautious about a sensitive topic. The ad features a picture of two women under the heading "Quality products you can always feel good about," with several paragraphs of text underneath. "Time and again, these low- and no-calorie sweeteners have shown to be safe, high-quality alternatives to sugar," it states.

Caren Pasquale Seckler, vice president of social commitment at Coca-Cola, said the goal is to clear up the confusion around diet sweeteners. She said the company will gauge the response in Atlanta and Chicago before expanding the push.

"This is a beginning and it's a learning process, but we do have plans to do more," she said.

In the meantime, the broader "Coming Together" campaign that began in January is only part of Coca-Cola's push to protect its image from a growing chorus of critics.

Earlier this month, for example, the company distributed a fact sheet on aspartame to its bottlers noting that the sweetener is used in thousands of products including gum, pudding and desserts.

The "Skinny on Aspartame" document is also posted on the website of the "Beverage Institute for Health & Wellness," an online resource Coca-Cola set up for health care professionals.

Rhona Applebaum, chief science and health officer at Coca-Cola, said the company plans to increase the free webinars the site provides for registered dietitians and other health care professionals who want to earn continuing education credits to maintain their professional licenses.

She said some of the experts the company selects to conduct the webinars are paid but stressed that the course materials are based on independent, objective research.

Some say it's inherently flawed to have food and beverage companies trying to educate people about nutrition. In fact, Bellatti is pushing to have the professional group for dietitians cut its ties with the industry.

"If you're Coca-Cola, you have a vested interest in defending your product line," he said.