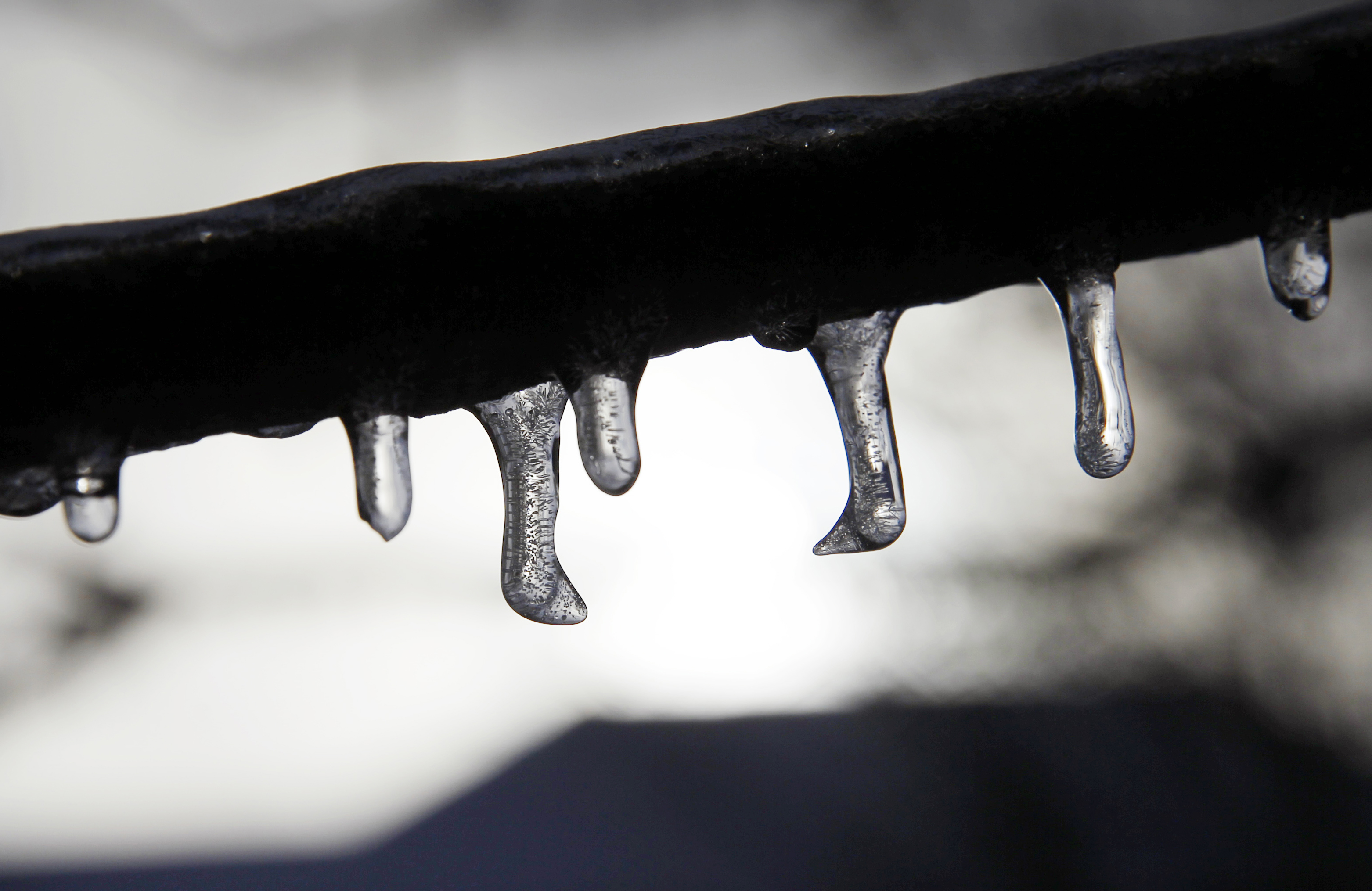 A massive ice storm blacked out homes from the Plains to the far Northeast of the U.S., dealing a big "bah humbug" to thousands of families whose Christmas Eve was shaping up to be very cold and very dark.

More than 500,000 homes and businesses were still without power Tuesday afternoon in parts of central and northeastern U.S. after a weekend ice and snow storm rolled across the region.

According to the National Weather Service, "arctic air has settled into the northern U.S. along with gusty winds and snow showers. The result will be bitter cold and dangerous wind chills for parts of the Plains and Midwest. Wind chill values are forecast to be 20-40 degrees below zero in this region where Wind Chill Warnings and Advisories are in effect. Snow showers will accompany the cold temperatures."

More than 7,000 flights were behind schedule Monday night, many of those in New York, Washington and Chicago as people struggled to travel before Christmas.

In Maine, the number of customers without power spiked to more than 100,000. Central Maine Power Co. said it had more than 1,000 people working on restoring power throughout the state.

Utilities in Vermont reported that about 6,800 homes still were without power. The Red Cross opened shelters in four communities, while the town of Barton opened its own shelter.

Some U.S. states kept emergency shelters open for people who would be without power.

In New York City, Christmas day will see a high near 28 degrees, according to the National Weather Service.

In Canada, police said two people in Ontario are dead from carbon monoxide poisoning after using a gas generator to heat their blacked-out home northeast of Toronto.

The region was under a cold alert, with temperatures expected to be well below freezing Tuesday.

Toronto Mayor Rob Ford said 115,000 customers were still awaiting power, and officials said some may not have it restored until after Christmas.