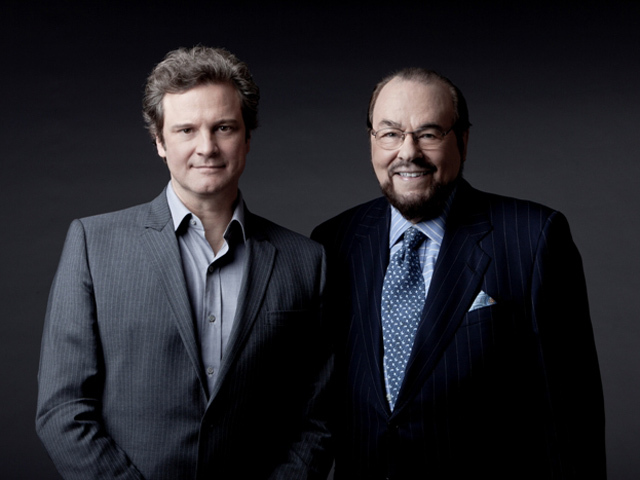 (CBS) Many of us fell in love with Colin Firth when he played Mark Darcy, the adorable yet vulnerable love interest of Bridget Jones  in "Bridget Jones's Diary."

Now, after back-to-back Oscar nominations  and his recent winning streak at the Golden Globes and SAG Awards for his role in "The King's Speech," the British actor has an even more royal reputation.

The Oscar nominee, who mastered a speech impediment for the role while perfecting an air of pomp and elitism, sat down with "Inside the Actor's Studio" host James Lipton to chat about his rise to the top from the stage to the big screen.

When was Firth bitten by the theater bug?

"The desire was born definitely when I was about 5 years old. I got to play Jack Frost in the school play," he said. "And it involved little tight satin pants and a blue sash and a billowing white shirt and a polystyrene crown. And I felt like God. I was mobbed and clawed at by members of the opposite sex, it was like, you know (laughs). I just thought, next stop it's cocaine in the back of the limo."

Firth jokes that actors are basically drag queens, saying "We just want to put on a frock and dance."

"I would love for what we do to be, you know, the great healer. But I can't get around the fact that I am just as motivated by camp," he said.

But was he fond of panty hose as a kid? Lipton inquired.

"You should have seen me, raiding my mother's wardrobe all the time. The frocks, the makeup, the drama, the weaponry! It wasn't all girly stuff, I mean, you know, I had some butch tendencies as well," Firth explained. "I'm never quite sure whether I'm more driven by an infantile desire to get attention and perform or something which has a kind of quixotic sense of being on a noble mission."

No matter what costume, whether it requires panty hose or a uniform, there is no doubting that Firth is comfortable in his own skin.