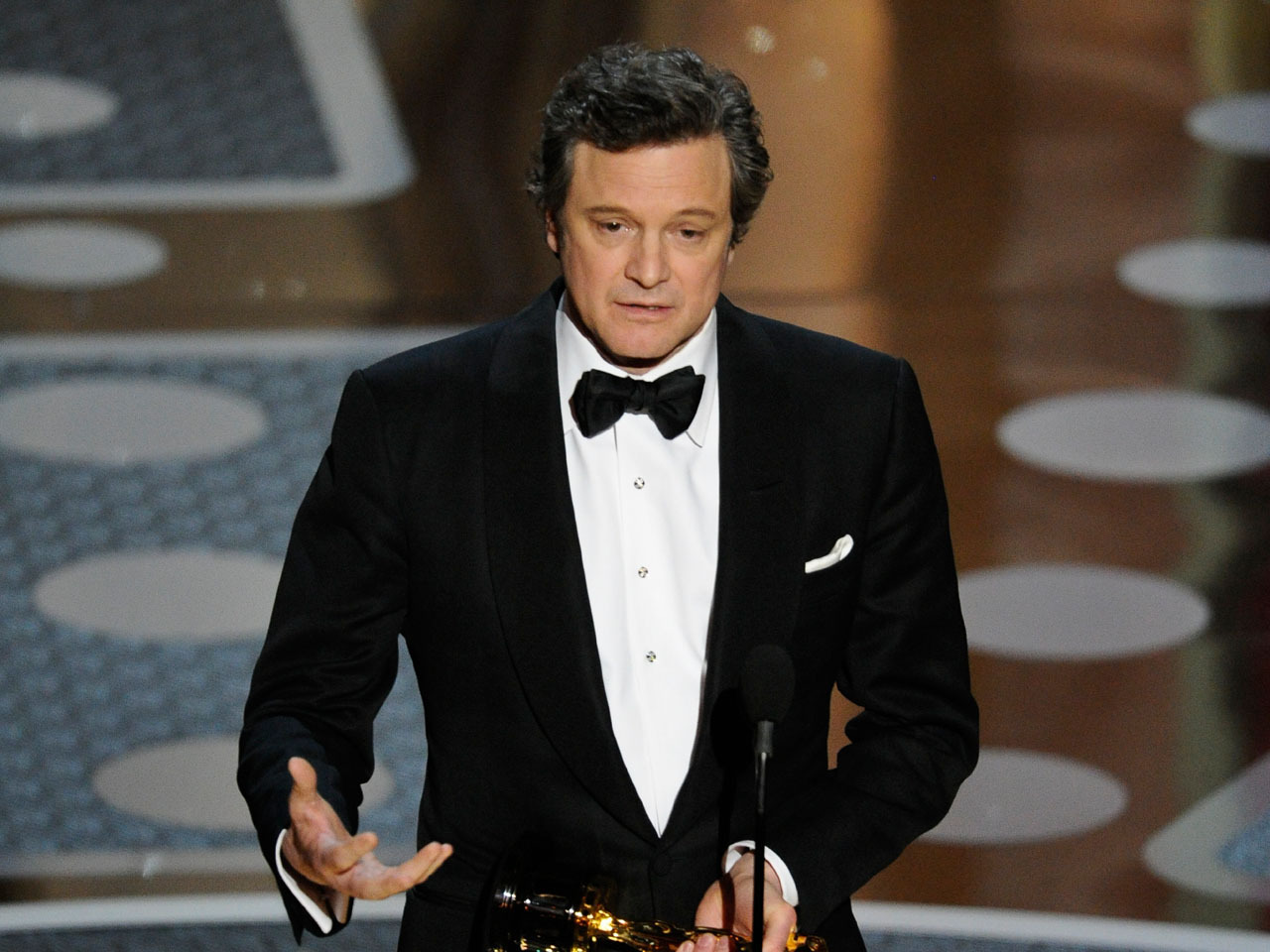 (CBS) "I have a feeling my career's just peaked," quipped Colin Firth as he accepted the Best Actor award from Sandra Bullock, last year's Best Actress winner for "The Blind Side." Firth won for his performance as King George VI, who overcomes a stammer to inspire Britain in a time of war, in the film "The King's Speech."

READ MORE: The Story Behind "The King's Speech"
SPECIAL SECTION: The Academy Awards

"My deepest thanks to the Academy," said Firth. He continued, "I'm afraid I have to warn you I'm experiencing stirrings, which are forming in the upper abdominals." He said those stirrings threatened to become dance moves if he didn't soon get off the stage.

Firth was the frontrunner for the Best Actor Academy Award going into the ceremony. The other actors nominated for Best Actor were Oscar co-host James Franco for "127 Hours," Jeff Bridges for "True Grit," Jesse Eisenberg for "The Social Network," and Javier Bardem for "Biutiful."