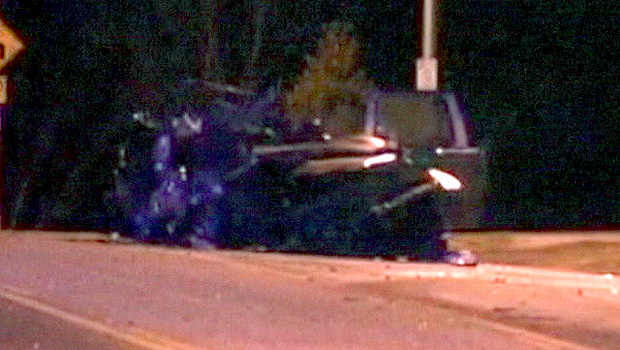 COLORADO SPRINGS, Colo.  – Two children are in the hospital after taking the family SUV on a joyride and crashing, reports CBS4 Denver.

The driver was just 10 years old and his sister, 8, was also in the vehicle early Monday morning in Colorado Springs on Union Boulevard near Memorial Park. They only got about three miles before they crashed and rolled the Dodge Durango.

“I think once we get them out of the hospital and get them home we will try to figure out exactly what happened,” the children’s aunt, Kelly Stewart, said.

Stewart says the boy stole the car keys earlier in the day and took the car on a joyride around 1:30 a.m., hours after their mother put them to bed.

“Didn’t hear anything until the cops knocked on her door,” Stewart said.

The boy drove the car less than three miles before seeing a Colorado Springs police car, then panicked, lost control and crashed. The SUV was smoking when officers arrived.

Both children were taken the hospital with head injuries but are expected to fully recover.

Although the boy is awake, he’s not talking about what happened. His aunt says it’s completely out of character.

And though a hefty punishment is likely down the line, the family is thankful the pair did do something right — buckle up.

“They had guardian angels looking out for them … because if they hadn’t have buckled up, the firefighters told us they wouldn’t have survived.”

The family hopes to have the pair out of the hospital and home by Christmas.

Colorado Springs police say at this point they will not be filing any charges.