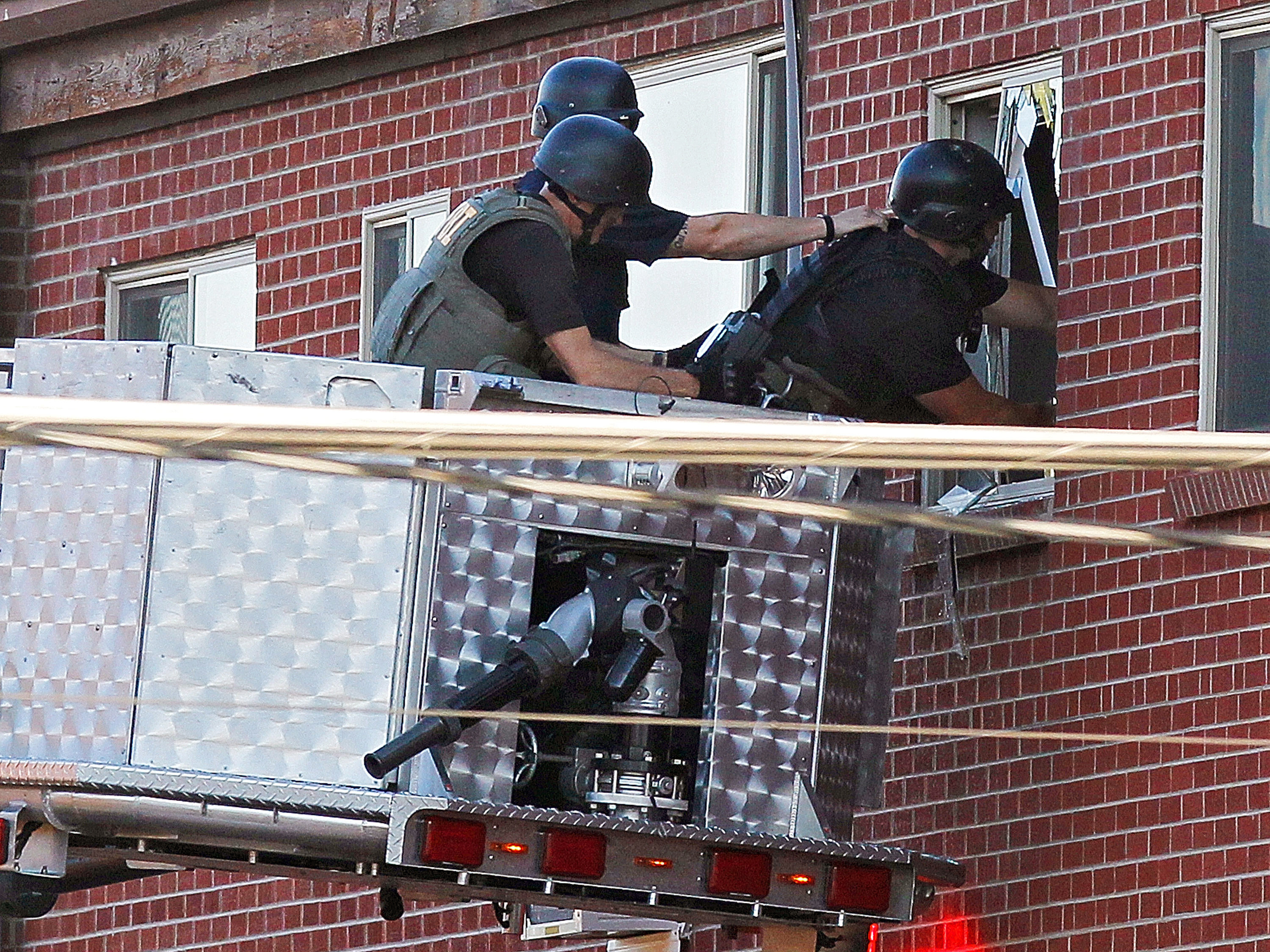 (CBS) - Police are searching an apartment believed to belong to the suspected gunman in Friday's deadly shooting attack that killed at least a dozen people at a Colorado movie theater.

Police arrested James Holmes, 24, shortly after the attack that officials say killed at least 12 people and injured dozens more at a crowded movie theater in a Denver suburb during a premiere of "The Dark Knight Rises."

According to CBS Denver, police were searching the apartment located near the intersection of Peoria and 17th. Officers used surveillance cameras and a fire engine ladder to look inside the window of the apartment, located on third floor.

A law enforcement source told CBS News correspondent Bob Orr that Holmes' residence was "booby-trapped" and police could see what looks like "buckets of extra ammunition" and some kind of chemicals. The police presence at the apartment, about four miles from the theater, included SWAT Teams and bomb disposal units.

Police evacuated residents of the building. Oates said police also checked for explosives in the parking lot and at the Century 16 theater and secured those areas.

A San Diego woman who identified herself as James Holmes's mother spoke with ABC News this morning saying, "You have the right person."

"I need to call the police," she reportedly added. "I need to fly out to Colorado."

The FBI says there is no indication the incident is tied to any terrorist groups.