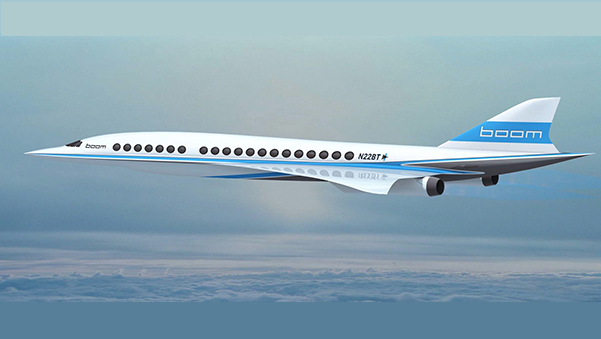 Remember the era of the Concorde? In 2003, British Airways retired its fleet of supersonic passenger jets that could travel at a maximum of twice the speed of sound. Now, Colorado's Centennial Airport is poised to lead a return of supersonic jets. The Concorde could travel from New York to London just three and a half hours, and Denver-based Boom Technology is looking to make that kind of super speed possible once more.

"We offer something completely different which is getting there in less than half the time," Boom CEO Blake Scholl told CBS Denver.

Scholl announced that the firm has hired its 13th engineer, with more increases in staff on the way.

Reducing fuel costs for these powerful jets is key for reviving commercial supersonic flights. Scholl said his company plans to use a lightweight carbon fiber composite, instead of aluminum, to cut back on fuel costs. The jet is currently being developed at Centennial Airport in Centennial, Colorado.

A prototype of the jet is planned to be constructed by August. The jet is designed to carry about 40 passengers, significantly smaller than the 100-seat capacity of the Concorde. That original supersonic jet charged about $20,000 for a single ticket. A ticket to ride the Boom jet is estimated to be much less: it might run about $5,000, the company said.

Scholl hopes demand will be high for people looking to do business across the Atlantic.

Scholl's effort to re-introduce supersonic flights through international skies is being supported by various aviation experts and industry notables like recently retired NASA astronaut Mark Kelly. Another huge name in aviation, Sir Richard Branson, CEO of Virgin Co., has come out in support of Boom, stating that he wants Virgin Airlines to acquire 10 of the supersonic jets.