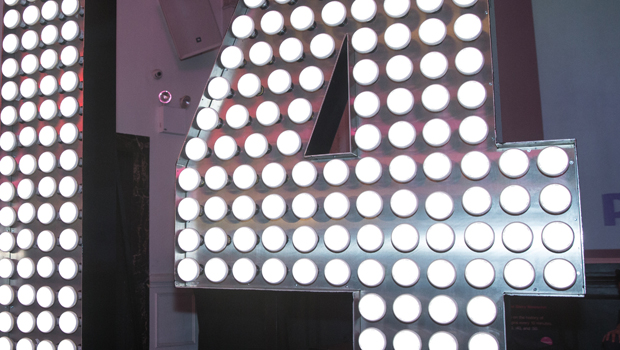 NEW YORK -- Times Square is planning to look a lot brighter this New Year's Eve; its annual ball drop will feature a 7-foot-tall 2014 color display for the first time in its history.

Although the 2014 sign will be installed at the top of One Times Square on Dec. 26, it will only light up at the stroke of midnight on New Year's Eve, when the ball descends to mark the beginning of the year.

The sign, made by lighting company Philips, will light up the "14" in multiple colors using 207 LED bulbs which have more than 16 million color options each.

"It allows us to control the numbers and do all different types of special effects from color changing to making them blink and sparkle and do all kind of things," said Ed Crawford, CEO of Philips Lighting North America, in a telephone interview with CBS News.

A global TV audience of over one billion viewers is expected to watch this year's New Year's Eve Times Square celebration which will feature performances from Blondie, Icona Pop, Macklemore and Miley Cyrus.

"The reaction we get every year is spectacular," said Crawford. "In Times Square, you really need to do some fabulous things with light to stand out."