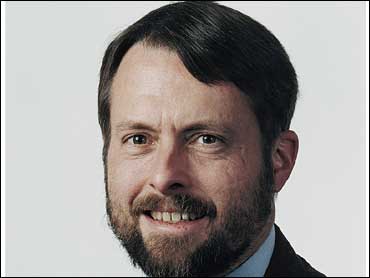 "We want to make sure we have all the facts before we take final action, but it has never been our policy to distribute work paid for by third parties whose role is not disclosed by the columnist," said Glenda Winders, vice president and editor of CNS.

Additionally, Bandow resigned from the Cato Institute after confirming a report by BusinessWeek Online that said Abramoff paid him for writing between a dozen and 24 articles over nearly a decade. The Washington think-tank's Web site Friday referred to Bandow as a "former senior fellow."

BusinessWeek Online said Bandow acknowledged accepting payments from Abramoff, quoting him as saying, "It was a lapse of judgment on my part, and I take full responsibility for it."

Bandow did not return a call or e-mail for comment early Saturday.

Abramoff, a top Republican fundraiser and lobbyist, was indicted in August by a federal grand jury in Florida on charges of fraud and conspiracy stemming from his role in the 2000 purchase of a fleet of gambling boats.

He also is being investigated on suspicion of defrauding Indian tribe clients of millions of dollars and using improper influence on members of Congress.

Bandow's case is the latest involving members of the news media accused of taking money for stories without disclosing it to readers.

Earlier this year, congressional auditors concluded that the Education Department engaged in illegal "covert propaganda" by hiring columnist Armstrong Williams to endorse the No Child Left Behind Act without requiring him to disclose he was paid.

Last month, the Los Angeles Times reported that the Pentagon paid a consulting firm and Iraqi newspapers to plant favorable stories about the Iraq war and rebuilding efforts.