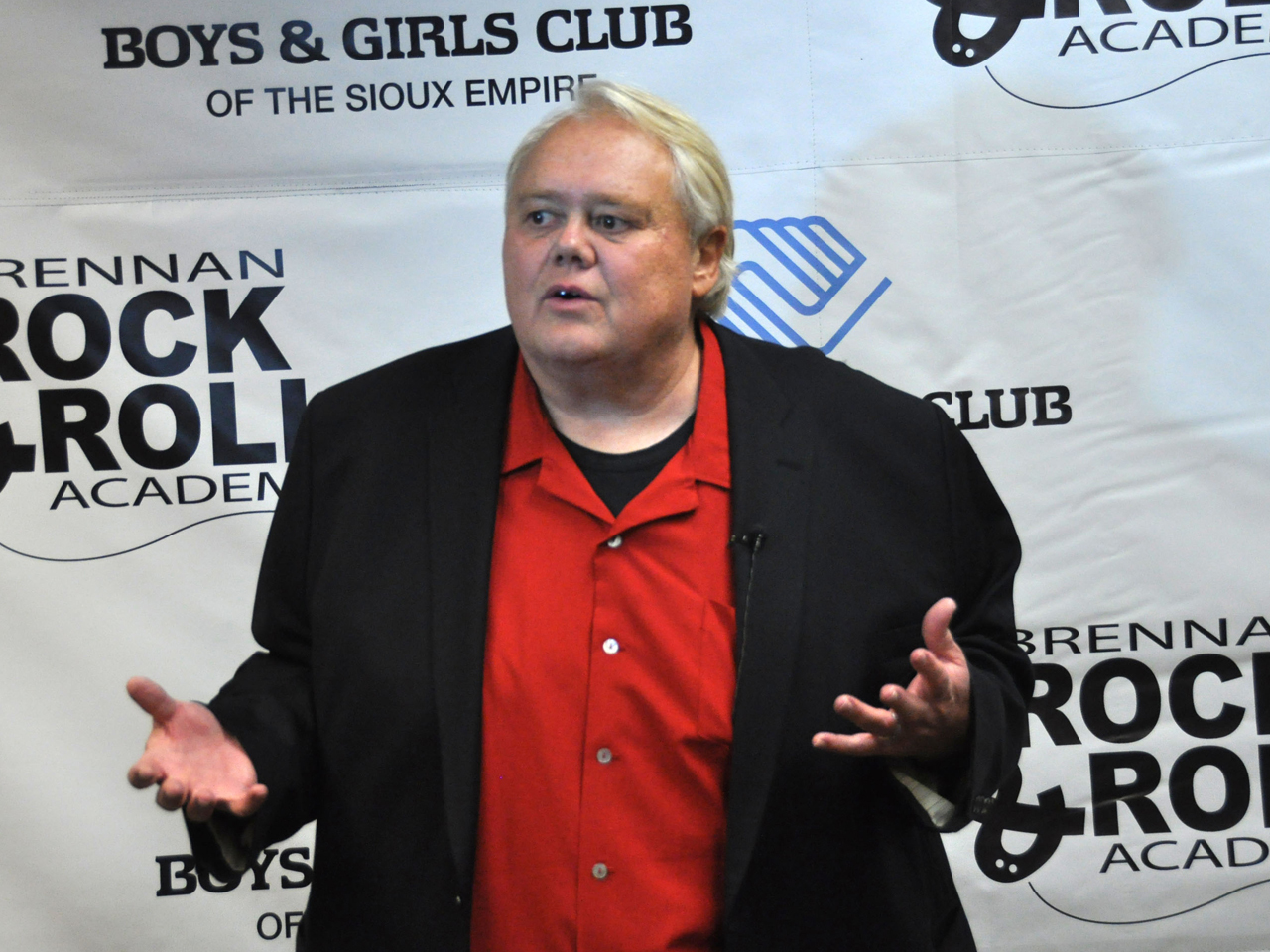 Comedian Louie Anderson says he's been in pain all week from a recent diving mishap during a taping of the ABC celebrity diving show "Splash."

Anderson, who weighs more than 400 pounds, was trying to do a flip from the 5-meter board when he slammed into the water, landing on his face and chest.

"If I were lying down right now, you would have to help me up," the 60-year-old Anderson said Wednesday. "It's been almost a week and it still hurts almost as much."

Anderson, who skipped diving practice Tuesday night to take the stage in Sioux Falls, S.D., for a show benefiting the Brennan Rock & Roll Academy, said he asked the "Splash" staff after the accident if he was suffering internal bleeding or damage but was told no.

"They said, 'That's your abs. You've never worked them,"' Anderson joked. "The last time I worked them was when I was struggling to get out of my mother. That was it, and I haven't worked them since."

Anderson said he's not alone coming away with some bumps and bruises.

"Ndamukong Suh hit his nose. Kareem Abdul-Jabbar sprained his neck," he said. "Nicole was up on a handstand and she slammed her chest and stomach into the 5-meter board and then fell into the water -- and then, two hours later, had to do the dive on TV."

Anderson, who just learned how to swim five years ago, said he decided to give the show a try after producers showed him a clip of the Netherlands version. He said it's the most exciting thing he's ever done.

The stand-up comedian said he's glad the show is catching on with viewers.

"I didn't have any idea if it would be a hit or not," he said. "I was either going to be inspirational or a laughingstock. So I'm lucky that some people thought I did a good job."

Anderson said he's having a lot of fun, but he's also trying to win.