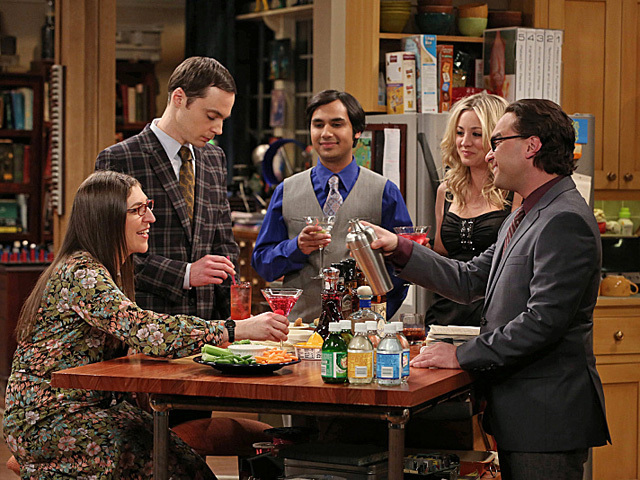 "The Big Bang Theory" took center stage at Comic-Con International on Friday in San Diego with a video appearance by world-renowned author and physicist Stephen Hawking.

In a taped video segment, Hawking, who guest-starred on "The Big Bang Theory" last year, said hello to Comic-Con attendees before giving a nod to the Sheldon character, played by Jim Parsons: "When I'm not playing Words with Friends with Sheldon, I like to think about the universe. Many people find the universe confusing. It's not." He then cleared things up by explaining the big bang theory in just 17 words from his home in Cambridge, England. In other words, Hawking -- through a voice synthesizer -- recited "The Big Bang Theory" theme song, written and performed by Barenaked Ladies.

The show's executive producers and writers fielded questions about the creative process behind the show, the upcoming season and also showed a highlight real from season 6. "The Big Bang Theory" star Johnny Galecki, who wore a "Star Wars" costume at the event, told the crowd, "I know everyone says they have the best fans in the world, but they're misleading you, because this show has the best fans in the world."

"The Big Bang Theory" returns for a seventh season on Sept. 26 at 8 p.m. ET on CBS. Go to CBS.com for more on the series.

Check out the season 6 highlight reel below: