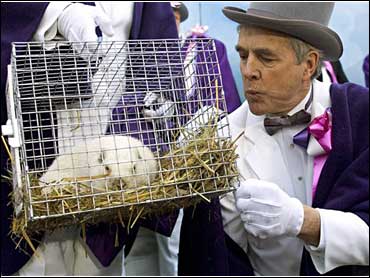 MCI WorldCom will offer souped-up Internet access starting next month in what the telecommunications giant is calling the first broadband deployment in the U.S.

John Sidgmore, chief operating officer at MCI WorldCom (WCOM), said at the Comdex conference that its Digital Subscriber Line (DSL) will have 400 points of presence (POPs) by the end of the year. More than 1,000 POPs are expected to be in place by the end of 1999.

The service will be offered in major markets such as San Francisco, Washington, D.C., and New York. It will have both a small business and consumer offering.

AOL (AOL) and Earthlink (ELNK) will begin trials of the DSL service before the end of the year, at rates of $40 to $60 per month. Web surfers who opt for the service will also face one-time charge of $150 to $500 to install modems and splitters to be able to send and receive information at the faster rates.

The DSL system will allow individual surfers to receive information up to 15 times faster than the speeds at which most Web surfers are now able to get Web pages. The improvements in the business offering - which is scheduled to be available in the first quarter of next year and will cost $500 per month plus a $500 set-up fee - won't be as pronounced.

At the final keynote of the week-long Comdex blow-out, Sidgmore said the DSL system is the latest effort by the MCI WorldCom to satiate the "exploding" demand for faster access to Internet. Bandwidth demand increases 1,000 percent every year, he estimated.

Part of the reason for the huge increase in the need for larger Internet "pipes" that can carry more information is the tremendous amount of audio and video material now on the Internet. It's clogging the current system, which was largely designed to transmit text only.

Revenue from voice transmission, which accounts for two-thirds of all communications services revenue, grew at just 10 percent in the previous two quarters. Revenue from data transmission is growing three times faster, while Internet-related revenue is increasing about seven times faster.

BT Alex. Brown analyst Kevin Moore projects MCI WorldCom will earn 66 cents per share on sales of $30 billion in sales this year. That will increase to $1.97 per share in earnings on sales of $37 billion in 1999, estimates Moore who rates the stock a "strong buy."