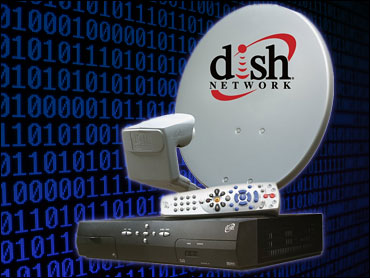 I've always been a big fan of TiVo and I still am. What's not to like about a device that lets you record your favorite TV shows and pause and rewind live TV? Of course, TiVo has plenty of competition now that practically every cable and satellite company has its own personal video recorder (PVR).

A few years ago I tried out a Dish Network PVR and found it disappointing compared to the TiVo 2 that was also available at that time but Dish Network didn't give up. Its current high-definition recorder, the ViP622, is however a serious challenger to TiVo and a good reason to consider subscribing to Dish Network as your high-definition provider. Dish Network provided me a unit to use for evaluation purposes.

The device - which is free to new Dish customers with a qualifying subscription package - is a quite remarkable device. To begin with, it has plenty of storage. Its 320 gigabyte hard disk stores up to 200 hours of standard definition TV or 30 hours of high-def programs or somewhere in between if you record both high-def and standard def. The device records programs compressed in both MPEG 2 and the relatively new MPEG-4 standard for high def programs

Like TiVo, it is pretty easy to use. You select your programming from a grid that's downloaded automatically and, if you wish to record a future show, you can either jump ahead in the grid to pick a show or use the device's search function.

Another option is to browse the grid while watching and listening to your show without missing a frame. Once you find a show you want to record, you can record a single episode or all episodes.

Similar to a feature in TiVo, you can also get a "dish pass" to automatically record shows with specific words in their titles or descriptions including the names of actors or directors. I record all movies directed by Frank Capra and also used this feature to type in a wish list of movies that I hope – someday – will be on one of the channels I get.

The "timers" page, which helps you manage your scheduled recordings, shows you any potential conflicts. A feature you won't find on other PVRS lets you bulk delete shows by checking off the ones you no longer want, which is a nice way to free up hard disk space for more programs.

You can also filter the program guide by themes such as movies, news, sports or local channels. Another choice is to create your own themes with your favorite channels. Speaking of channels, in addition to the local and subscription premium packages, Dish offers pay-per-view movies, but to order and pay for a pay-per-view program, you need to hook up a phone line to the PVR.

The PVR has two tuners which means you can watch one show and record another or record two shows at the same time. You can also hook up two TVs to the same PVR. Only one of the TVs can show programs in high definition though if you record a show to watch on the low-definition set, you can instead watch it on the high-def set.

You also have the option of hooking up an antenna to the PVR to record over-the-air broadcasts. I haven't bothered to do this because Dish now offers virtually all local channels in major markets.

The Dish PVR doesn't have as many advanced non-TV functions as TiVo. You can't, for example, connect it to a wireless home network to stream audio, video or still pictures directly from a personal computer nor can you schedule recordings via the Internet, as you can with current generation TiVos.

The one feature the Dish product does have is a USB port where you can plug a digital camera or USB thumb drive to copy still photos to view on your TV. The USB port can also be used to copy TV programs to the optional 30 gigabyte pocketdish player so you can watch your shows from the road on the $299 hand-held device that can also be used connected to a PC or Mac to store music and photos.

The device has multiple outputs including HDMI, for best high-definition video and audio and component output. I used the HDMI connector to watch high-def shows on a relatively inexpensive ($1,700) 47-inch Vizio (GV47LF) LCD TV.

There is also digital audio out which I used to connect to an external surround sound audio system.

Like all PVRs, the Dish product lets you skip back to repeat a scene but unlike most PVRs, it also has a 30 second skip-ahead which, sadly for the TV networks and advertisers, can be used to skip through commercials. You can also fast forward and rewind at a variety of speeds up to 300 times faster than real time, which makes it easy to quickly locate a scene in a movie, sporting event or other long program.

Because the device has two tuners, it also has a picture-in-picture (PIP) feature that lets you watch two shows at once, regardless of what type of TV you have. Of course you can only listen to the sound from one show at a time but you could use this to monitor a sporting event while you're watching something else.

Dish Network monthly fees begin at $29.99 a month and go up from there, depending on the channels you order.


A syndicated technology columnist for over two decades, Larry Magid serves as on air Technology Analyst for CBS Radio News. His technology reports can be heard several times a week on the CBS Radio Network. Magid is the author of several books including "The Little PC Book."
By Larry Magid