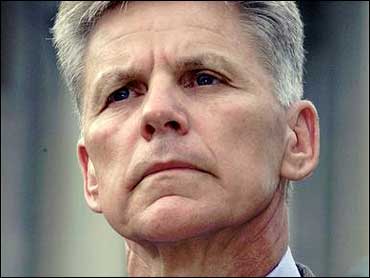 Embattled Congressman Gary Condit is getting a public thumbs-up from members of his staff.

The staffers formed a united front, reports CBS News Correspondent Diana Olick, saying that despite the media frenzy that has surrounded their boss all summer, none of them had considered abandoning ship. Instead they defended his honor and attacked his accusers.

"They have said over and over again that he is not a suspect," said Maggie Mejia,a Condit field representative. "So why are they not asking all the others that are on the list?"

All expressed sympathy for the Levy family but contempt for the others in the drama, like flight attendant Anne Marie Smith, who claims Condit asked her to lie about their alleged affair.

Earlier this week, a lawyer for Smith asked a grand jury to indict the congressman on charges that he tried to coerce Smith to keep quiet.

Condit's executive secretary, Jackie Mullen, conceded that the congressman might have made matters worse for himself by not speaking publicly sooner.

"I would have liked to have seen him go out in the very beginning and say to the media, 'I'm not going to talk about this. I have nothing to say to you folks. You know this is something that's between me and my family, this is private,'" Mullen said.

The Condit aides said they had never questioned Condit about his relationship with the former intern.

"I feel if that's something he wants to share with me, he will. But no, I've never asked him, and you know what, I don't think I ever will," administrative assistant Mike Dayton said.

The staffers agreed they did not want Condit to resign; the only thing they disagreed on was whether or not he should run again.

But should Condit seek re-election he'll likely face an even tougher battle than expected because of a new congressional map that could bring about considerable changes to his district.

Under the new map, which Democrats planned to unveil as early as Friday, new voters could comprise nearly 40 percent of Condit's district, said state Sen. Don Perata, the Democratic chairman of the Senate elections committee.

Those voters would be unlikely to support someone as tarnished as Condit, Quinn said, and some other Democrat might have a better chance of success.