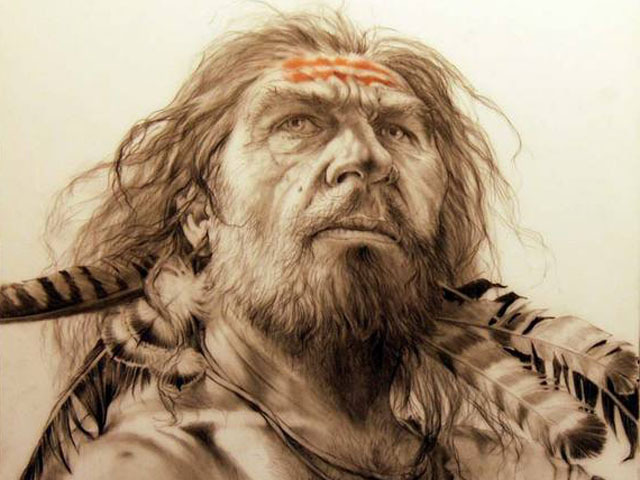 Next time you're about to slam somebody for carrying on like a Neanderthal, think twice: You might be hitting close to home.

A new study published in the Molecular Biology and Evolution reports that people of non-African heritage carry a chromosome which originates from Neanderthals, offering evidence that the two populations interbred at a certain point in history. Neanderthals disappeared into history roughly about 30,000 years ago.

The research team, which was led by Damian Labuda of the Department of Pediatrics at the University of Montreal and the CHU Sainte-Justine Research Center, suggests that the intermingling between humans and neanderthals likely took place in the Middle East. While much still remains unclear about the Neanderthals, it's now clear that the two lived in close association, according to the researchers. Last year, researchers reported for the first time the successful sequencing of the Neanderthal genome. That breakthrough paved the way for subsequent comparisons of DNA samples from Neanderthals and humans. A DNA segment known as a haplotype - and linked to mating between our ancestors and Neanderthals - was found to be present in people across all continents, except for sub-Saharan Africa, and including Australia.

Senate Minority Leader Mitch McConnell said he has yet to hear back from Senate Majority Leader Chuck Schumer.