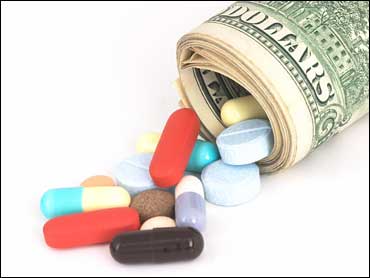 Congress agreed Monday to a one-month delay in Medicare payment cuts to doctors, giving a short-term reprieve to a looming crisis over treatment of the nation's elderly.

The House, in approving by voice vote the bill passed by the Senate earlier this month, postponed a 23 percent cut in doctors' pay scheduled to take effect Dec. 1. That gives lawmakers a month to come up with a longer-term plan to overhaul a system that in recent years has bedeviled Congress, angered doctors and jeopardized health care for 46 million elderly and disabled.

"This bill is a stopgap measure to make sure that seniors and military families can continue to see their doctors during December while we work on the solution for the next year," said Rep. Frank Pallone, R-N.J., chairman of the Energy and Commerce health subcommittee.

The payment cuts are the result of a 1990s budget-balancing law that attempted, with little success, to keep Medicare spending in line. With medical groups estimating that as many as two-thirds of doctors would stop taking new Medicare patients if the cuts go into effect, Congress has had to periodically step in to stop the automatic cuts.

Last summer, when Congress missed the deadline for an extension, Medicare officials had to hold off processing claims to avoid paying the lower rates.

Senate Finance Committee Chairman Max Baucus, D-Mont., and the panel's top Republican, Charles Grassley of Iowa, say they are working on a 12-month postponement that would give them time to devise a new system for paying doctors. It is estimated that repeal of the current budget formula would cost $300 billion over 10 years that would have to be made up with other spending cuts or added to the deficit.

The one-month postponement passed Monday will cost $1 billion over 10 years, to be paid for by changes in Medicare reimbursement for outpatient therapy services.

Doctors will face a payment cut of almost 25 percent on Jan. 1 if Congress doesn't act on another postponement.

American Medical Association president Dr. Cecil B. Wilson applauded the short-term delay while noting that the first baby boomers will turn 65 next year and begin relying on Medicare. "Congress is responsible for ensuring that the baby boomers can see a doctor through Medicare by enacting long-term reform next year of the broken Medicare physician payment system."