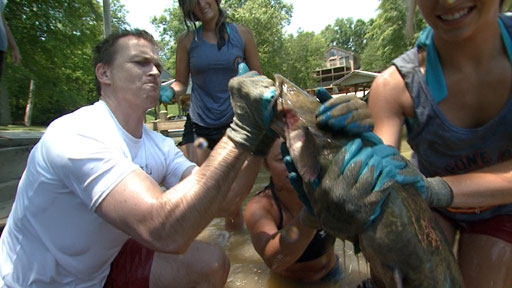 Family members have begun a vigil by the bedside of U.S. Rep. Floyd Spence, who was critically ill Monday following surgery to remove a blood clot from his brain.

"His kidney and lung functions are otherwise normal," Metz said, reading from a prepared statement Sunday. Spence's heart was working without any support, Metz said, but would not elaborate.

Metz also refused to comment directly on a newspaper report that Spence was in a coma and the family might soon have to decide whether to end life support.

Phone calls made Sunday by The Associated Press to Spence's brother Allan Spence were not returned. Officials at Jackson's St. Dominic Hospital say all information about Spence's health would come from his office.

Spence, R-S.C., is in his 16th term in Congress. He spoke out in June against the possibility that Defense Department officials might redefine the nation's war-fighting requirements by dropping a decade-old strategy of being prepared to fight two major regional wars simultaneously.

Spence was admitted to the hospital on July 24 to be tested and treated for facial nerve pain. Doctors spotted the subdural hematoma on the right side of brain Thursday and performed the procedure the same day.

Spence chose St. Dominic because the doctors who performed his double lung transplant there in 1988 still practice at the hospital, a hospital spokeswoman said.

Spence contracted Bell's Palsy several months ago. He received a kidney transplant in May 2000.

If Spence is unable to complete his term, a special election would be held fill the seat in his district, which stretches from suburban Columbia south to Beaufort County.

Spence serves on the Armed Services and Veteran's Affairs committees.

He has a strongly conservative voting record, with ratings of 100 percent from the National Right To Life Committee, 5 percent from Americans for Democratic Action and 0 from the American Civil Liberties Union in 2000, a lifetime rating from the U.S. Chamber of Commerce of 85 percent.