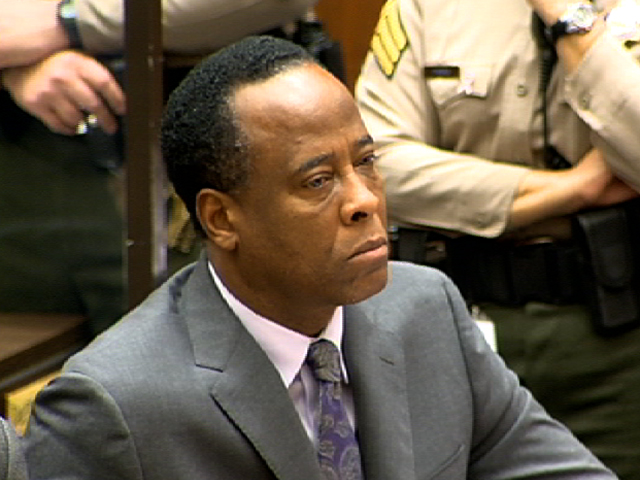 (CBS) LOS ANGELES - Conrad Murray, the doctor convicted of involuntary manslaughter in Michael Jackson's death, extended an invitation to the late pop star's mother to visit him in jail for some advice about the ongoing feud among members of the Jackson family.

Murray extended the invitation to Katherine Jackson in a statement released to CNN through his lawyers Tuesday night.

"I've been told that she has a desire to speak with me before she departs this life," Murray said. "The fact that she is the mother of a very dear departed friend, it would give me great pleasure to sit with her one on one and answer any questions she might have."

Murray was convicted of felony involuntary manslaughter in the 2009 death of Michael Jackson and his medical has been license suspended. He faces additional accusations of incompetence and negligence in a bid to permanently revoke his medical license. Murray's lawyer said he will contest the new charges.

The former doctor is expected to serve at least two years in a Los Angeles County jail, and said he would put Katherine's name on his visitors list.

"I want to see her. I do not want Mrs. Jackson to suffer. She remains as dear to me as my own mother, unbeknownst to her," Murray said.

Murray was reportedly prompted to extend the invitation after the recent news coverage of the Jackson family saga. Katherine is dealing with a major division in her family, which grew larger when four of her children took her to Arizona for 10 days reportedly without letting Michael Jackson's three children speak to her.

"Although I am not permitted to see the news in jail, there are times when intermittent snippets are seen before a channel change occurs," Murray said. "I recently saw Katherine Jackson in one of those snippets. She appeared to be extremely sad. I also heard she is having a difficult time."

A representative for Katherine Jackson said he would present the offer to her, but so far no word has been given on how Katherine feels about the invite.