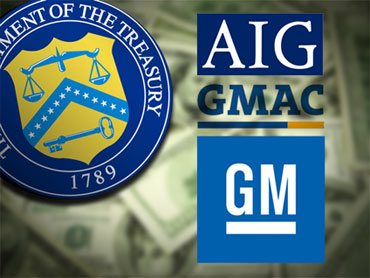 In consecutive days last month, Alabama lost two legends from a disappearing movement — Southern Democrats who were powerful in Washington because of their party's majority and powerful back home because of their tendency to buck it.

Look around Congress these days and you'll find few conservative Democrats in the mold of the late Sen. Howell Heflin or Rep. Tom Bevill. Those who remain are almost as likely to represent the Midwest or Great Plains as the once-solid South.

According to Congressional Observer Publications, only one current House member voted against his party at least a third of the time last year. That was Democratic Rep. Collin Peterson of Minnesota.

In 1998, there were 13 in that category, including eight Southerners, and three of them opposed Democratic leaders more than half the time.

Virtually all those maverick-more-than-not lawmakers have either joined the Republican Party or retired. Most dramatic of all was retired Democratic Sen. Zell Miller of Georgia, the keynote speaker at the 2004 Republican National Convention, who voted with President Bush's party a staggering 94 percent of the time last year.

Merle Black, an Emory University political scientist, says more than 80 percent of white conservatives in the South now belong to the Republican Party, and only 10 percent are Democrats.

Unlike in the past, when seniority alone dictated leadership positions for the party, Black says parties now handpick their committee leaders. For Democrats, he said, that means the rewards tend to go more often to liberals.

"It's almost impossible to have a leadership position in the House Democratic Party if one behaves as a conservative," Black said.

Remaining Southern Democrats with conservative voting records would argue that the movement made famous by Heflin and Bevill and resurrected by Miller is alive and well. But even they acknowledge times are different.

For one thing, Republicans have ruled the chamber for more than a decade. Thus, some conservative Democrats in search of majority clout have found it through switching parties. Others scoff at that idea.

"I'd rather be in the minority the rest of my life than sell my convictions down the river," said Rep. Mike Ross, D-Ark.

"Sometimes I don't think my leadership gets it," said Rep. Bud Cramer, D-Ala. "If they're to really stand the chance to take the House back, they've got to leave those members plenty of room to vote where their district is coming from rather than where the national party is coming from."

Republican Sen. Richard Shelby of Alabama, a former Democrat, has encouraged Cramer for years to follow in his footsteps. Cramer says he's not uncomfortable enough with his party right now to take that leap.

Arkansas and West Virginia are now the only Southern states where congressional delegations aren't dominated by Republicans.

Now in their ninth terms, Reps. John Tanner of Tennessee and Gene Taylor of Mississippi are two of the longest-serving conservative Democrats from Southern states.

By the numbers, however, their voting records seem to be trending less conservative. Taylor bucked his party about 32 percent of the time last year, compared with 53 percent in 1998.

Tanner says the change in his voting record, less dramatic than Taylor's, is because Democrats have heeded the wisdom of successful Southerners and moved to the right, particularly on financial matters.

"The party has shifted — I haven't," Tanner said. "You have liberals now talking about balancing the budget. They're not doing it for the same reasons I am, but the vote looks the same on paper."

Still, many Southern Democrats complain their party hurts its chances down South by choosing liberal national leaders, such as Nancy Pelosi of California.

Rep. Harold Ford, D-Tenn., a conservative Democrat who challenged Pelosi for the party's top House job in 2002, says the problem is not the leadership, but the failure of Southern Democrats to demonstrate that they're not always in lockstep with those leaders.

"The national image of the Democratic Party does not sell well in the South," Ford said. "However, the position of national Democrats on fiscal matters, ironically, is more in line with where voters are. We have to do a better job of telling that story."

In some states, Republicans have reduced the comfort level for conservative Democrats by redrawing their districts. Eight from Texas resigned, switched parties or lost their seats last year because of redistricting, and Georgia's Republican Legislature is pushing the same process now with hopes of adding to the party's 7-6 advantage in the House.

Rep. Jim Marshall, a moderate Democrat who represents a middle Georgia district that could be affected, is confident he can win back his seat. The losers, he says, are the voters, because districts that once were considered toss-ups are being redrawn to lean heavily toward one party or the other.

As a result, the South is arguably no more likely to elect a Democrat to Congress from a Republican-leaning district than anywhere else. Signs of that are found in the membership of the Blue Dog Coalition, a fiscally conservative group of House Democrats. Of its 35 current members, less than half are from the South.