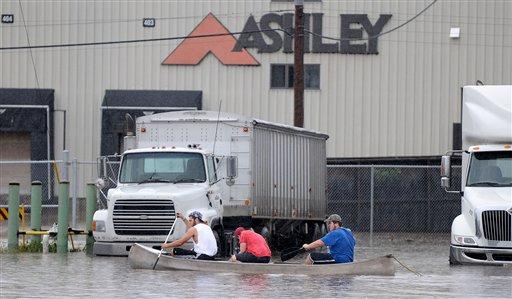 Americans are feeling better about the economy and their own financial situations, a hopeful sign they'll act more like Santas than Grinches while holiday shopping.

The RBC CASH Index, based on polling by Ipsos, showed that consumer confidence clocked in at 85.5 in December, the second-highest reading of this year.

The pickup builds upon the rebound in consumer confidence staged in November, when the index jumped to 81. That revival came after confidence had been stuck in the doldrums in September and October, reflecting worries about sky-high energy prices and other fallout from the Gulf Coast hurricanes.

Economists attributed the December improvement to a retreat in gasoline prices, a ramp up in hiring and solid growth being logged by the overall economy.

"I think shoppers will be in a better frame of mind and may be more inclined to spend. It should be a reasonably merry Christmas," said Bill Cheney, chief economist at John Hancock Financial Services. "I imagine shoppers are feeling pretty good about the holiday even if there is some background insecurity driven by heating bills."

The fresh consumer confidence reading came after a string of good economic news.

Last week, the government reported the economy added 215,000 jobs in November, a clear sign businesses got back in the hiring groove after a two-month hurricane-spawned lull.

Another government report last week showed the economy grew at an energetic 4.3 percent rate in the July-to-September quarter despite the hurricanes' ill effects. Many economists are confident solid economic momentum is being maintained in the current October-to-December quarter.

Against this backdrop, the National Retail Federation is predicting holiday sales this year will increase by a solid 6 percent from last year.

Still, just how generous shoppers may be feeling during the holidays will be influenced in part by how much home heating bills pushed up by record high natural gas prices crimp household budgets, analysts said.

The confidence index is benchmarked to a 100 reading on January 2002, when Ipsos, an international polling firm, started the gauge.

"It certainly doesn't hurt that sprits are bright as people think about their holiday spending plans," said Carl Tannenbaum, chief economist at LaSalle Bank. "We're back to good job creation," he said. That's a key factor in supporting consumer spending.

The biggest over-the-month improvement came from a measure looking at consumers' economic expectations over the next six months, including conditions where they live or work and their own financial positions.

That expectations measure rose to 53.9 in December, up from 44.5 in November. This gauge, which faltered dramatically in September and fell into negative territory, has risen since then but is well below the 70.5 reading registered in December 2004.

Consumers' feelings about jobs remained buoyant at 116.5 in December, following a strong reading of 119.8 in November. A year ago, this measure was at 111.1

A gauge looking at consumers' sentiments about current economic conditions rose to 92.8 in December. That was up from 91.1 in November, but was down from 102.7 in December 2004.

Another measure tracking consumers' feelings about making a purchase, saving and other investment decisions increased to 89.5 in December from 82.8 in the prior month. A year ago, this gauge stood at 99.2.

Recent polls generally show President George W. Bush, whose job approval ratings sank early this fall to some of the lowest of his presidency, doing a little better on economic issues and his overall performance.

The highest confidence reading of this year came in January, at 92.5. With December's reading, confidence closed 2005 on a solid note.

The overall consumer confidence index for December was based on results of 1,002 adults surveyed Monday through Wednesday about their attitudes on personal finance and the economy. Results of the survey had a margin of error of plus or minus 3.1 percentage points.