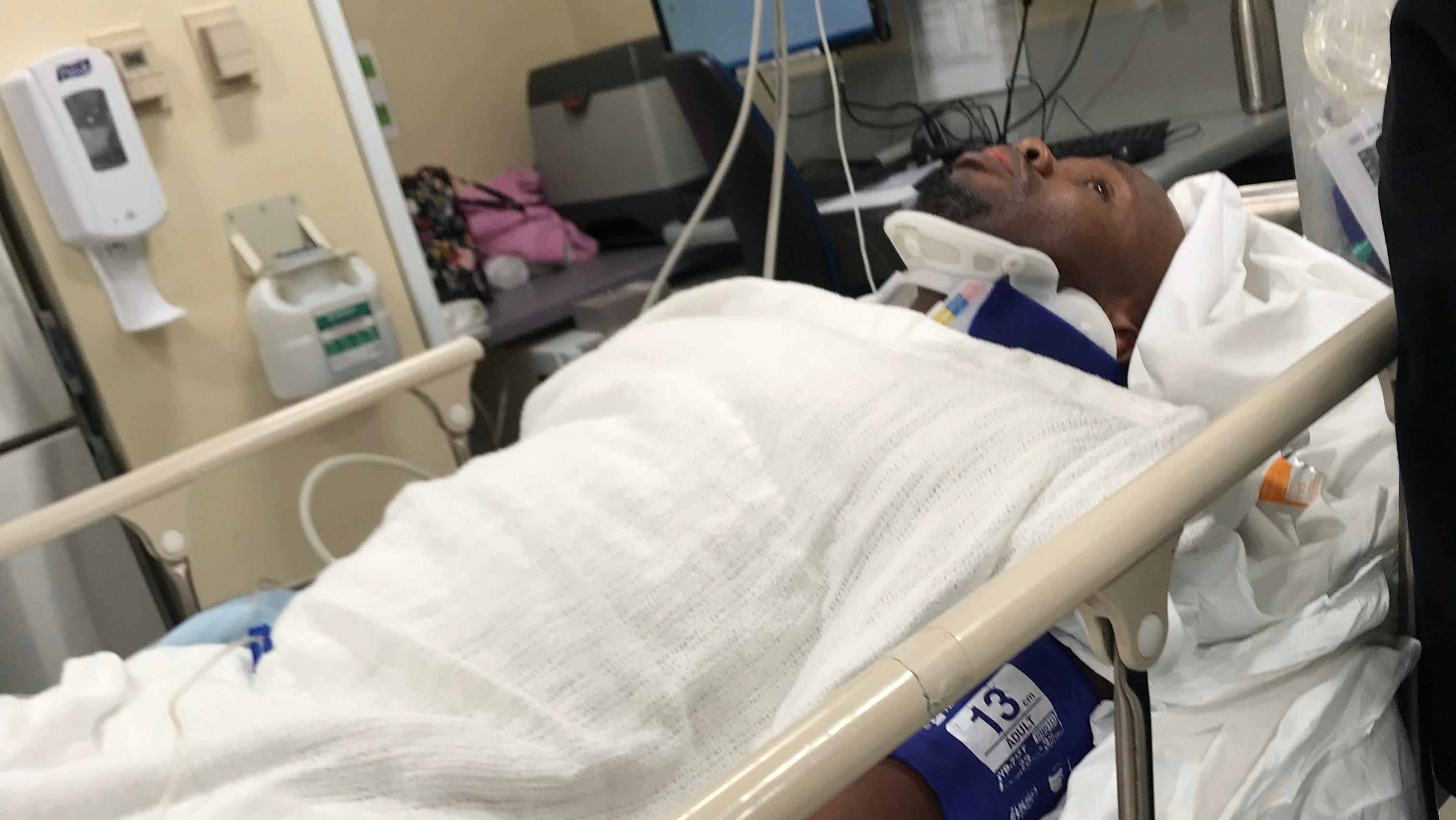 NEW YORK -- A correction officer at Rikers Island was recovering from a spinal fracture Sunday, after authorities say several inmates beat him in a possible planned gang attack, CBS New York reports. It happened around 6:30 p.m. Saturday, when Elias Husamudeen, president of the Correction Officers' Benevolent Association, told CBS News Radio's 1010 WINS one inmate hit the 39-year-old officer before others jumped in, knocking him unconscious.

"The inmate was heard over the phone saying that he was going to knock out the corrections officer, so obviously it happened and they did it and now the officer is in the hospital," Husamudeen said.

The group assault was caught on surveillance cameras inside the facility. It shows the officer being sucker-punched by one inmate, and five others then race in to beat him to the floor.

Officers intervene and pepper-spray the attackers.

CBS New York spoke exclusively to the father of the officer who was attacked. Through an interpreter, Raphael Souffrant described what it was like seeing his son in the hospital Saturday.

"He was not able to talk," Souffrant said in French. "His head was extremely swollen and he had a brace on his neck."

Doctors at NewYork-Presbyterian Queens hospital told the family the officer had a fractured spine and bleeding in his brain. The officers' union did not name him because of security reasons.

"Whatever he does, he takes it very seriously," said the victim's cousin, Dr. Guy Yoma Souffrant. "He was doing his job."

The union alleged that the attack was premeditated and was retaliation for being written up by the officer the day before.

The attackers are said to be members of the Bloods and all of them were housed in a special unit for inmates 21 and younger who act out.

The officers' union blames Mayor Bill de Blasio for the attack. It said ever since he changed certain policies, the officers have felt unsafe.

Among the policies are punitive segregation.

"For us, punitive segregation has always acted as a jail within a jail. It gives us the right to segregate; separate these particular types of inmates from the other inmates and from correction officers, which further protects us. He took it away," Husamudeen said. "The mayor has declared war on New York City correction officers."

There was no response from the mayor late Sunday, but a representative tweeted that the mayor spoke with the officer Sunday and "will get to he bottom of this heinous attack and hold those involved accountable."

"I'm hoping that his never happens to another correction officer, because when my son leaves home to go to work, he goes there to work, and he was doing his job, and this should have never happened to him," Souffrant said.

They are expected to be arraigned Monday.