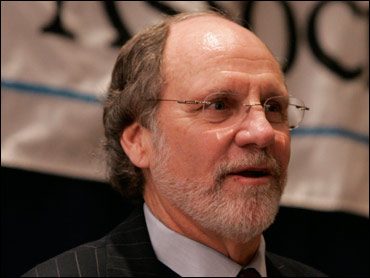 Corzine, the Democratic incumbent, now trails Christie by four points, 43 to 39 percent among likely New Jersey voters. In the last Quinnipiac poll taken at the beginning of the month, Christie had a 47 to 37 percent lead.

In the new poll, independent candidate Christopher Daggett received 12 percent, and 6 percent are undecided, up from 9 percent in the last poll.

The Quinnipiac poll surveyed 1,188 likely New Jersey likely voters from September 23 – 28 and has a margin of error of +/- 2.8 percentage points.

The race has become very heated in recent weeks with both candidates on the air with attack ads.

Corzine, the former senator and CEO of Goldman Sachs, has sought to tie Christie to former President George W. Bush who appointed him to be U.S. Attorney for New Jersey. 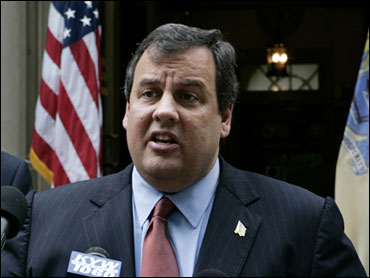 (AP)
Christie fought back, arguing that his mother was a breast cancer survivor, whose life was saved by a mammogram. Women were key to Corzine's victory in 2005, but the latest poll only gives him a 43 to 37 percent advantage now.

"The attack-attack-attack style of this rugged campaign is taking a toll on Christie, whose favorability and honesty measures are dropping," said Maurice Carroll, director of the Quinnipiac University Polling Institute, in the poll release.

Amid the negative campaigning, both candidates remain largely unpopular with voters. Voters split 38 - 38 percent on whether they have a favorable or unfavorable opinion of Christie. Fifty-six percent say they have a negative opinion of Corzine, and fifty-eight percent of voters disapprove of the job he is doing as governor Among independent voters, the figure climbs to 63 percent. Voters also fear that Corzine will raise property taxes.

"The Republican is the big winner when voters turn their attention to the biggest campaign issue – TAXES," said Carroll.

Another key factor as the race near Election Day appears to be how much of a factor Daggett will be in the end.

"Does Christopher Daggett's impressive climb measure a swing to him or simply a distaste for the two guys hollering at each other? Will Daggett fade on Election Day? At this stage, his numbers matter," Carroll added.