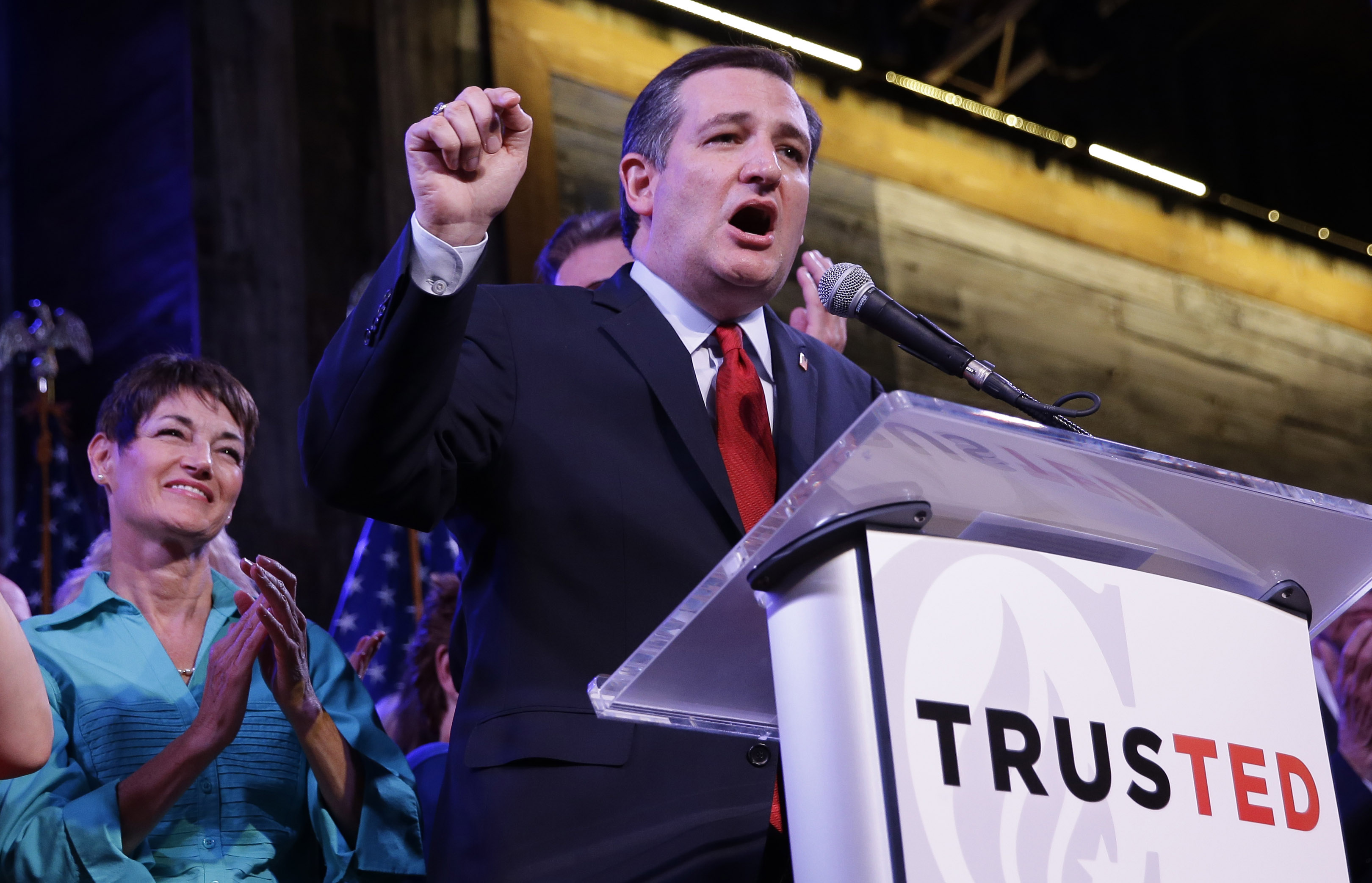 As Donald Trump racks up more delegates on the path toward the Republican nomination, his opponents are now contemplating whether Ted Cruz might be the GOP's last best chance to stop the billionaire businessman.

"Ted Cruz is not my favorite by any means, and I don't wish him ill, but we may be in a position where we have to rally around Ted Cruz as the only way to stop Donald Trump and I'm not so sure that would work," said Graham, who dropped out of the presidential race in December and had endorsed former Florida Gov. Jeb Bush, who has also suspended his campaign.

A Trump nomination would lead to losing to Hillary Clinton in November, Graham said.

The Texas senator could have trouble attracting wide support as he has alienated many of his Senate colleagues and picked up few congressional endorsements. For years, he has portrayed himself as the anti-Washington, anti-establishment representative in Congress and was largely blamed for the 16-day government shutdown in October 2013.

But after polls closed on Super Tuesday, it was Cruz who benefited from the nominating contests, not Marco Rubio, who for weeks had been positioning himself as the only formidable anti-Trump alternative.

It's crossed the minds of some Rubio supporters that Cruz might represent the best shot at stopping Trump. Rep. Scott Rigell, R-Virginia, told NPR, "I could get behind any other Republican candidate. I'm not a Cruz fan -- I could get behind him."

Out of the 1,237 delegates needed to clinch the nomination, Trump now has about 326 delegates, according to CBS News' latest counts. Until now, all of the GOP delegates have been awarded proportionally instead of on a winner-take-all basis. In addition to winning New Hampshire, South Carolina and Nevada earlier in the month, he won Alabama, Arkansas, Georgia, Massachusetts, South Carolina, Vermont and Virginia. Cruz, meanwhile, has 230 delegates. He has picked up Alaska, Iowa, Oklahoma and Texas so far. Rubio has gained about 109 delegates; he only won Minnesota.

At his victory speech rally Tuesday night in Stafford, Texas, Cruz pointed out that out of the 15 states that have held nominating contests so far, only Trump or Cruz has won them. He said there is now only one way to defeat Trump.

"For the candidates who have not yet won a state, who have not racked up significant delegates, I ask you to prayerfully consider our coming together, uniting," he said.

Some conservative commentators are already cheering that idea on, especially since some recent polls indicate Rubio and Kasich could lose on their home turfs in Florida and Ohio, respectively, on March 15.

"It is time for Ted Cruz to accept we need a unity ticket and for Rubio to agree to be Cruz's vice presidential pick, uniting the outsider and insider factions of the party and stopping Trump in the process," wrote Erick Erickson in a blog post.

"Cruz and Rubio together would be a really powerful ticket. It would be forward-looking. You would have two first-time senators of Cuban descent in their 40s. It would be a tremendous contrast with Hillary and whoever she nominates" Mackowiak told CBS News.

He argues that the establishment knows exactly what they would get with Cruz as president while there are too many unknowns with Trump. Unlike previous instances where Trump has survived backlash against his own provocative statements, Mackowiak thinks last weekend was a turning point.

Daniel Horowitz, writer for the Conservative Review, wrote Tuesday that Cruz could mount a serious challenge.

"Cruz has amassed a tremendous amount of money to go one-on-one with Trump in the long-run and a two-man race would change the entire narrative of the race. Trump could no longer stand out as the only man tapping into the outrage relative to a crowded field of 'politicians,'" he wrote.

As the rival campaigns try to figure out how to overtake Trump, several super PACs are quickly building an anti-Trump movement.

Katie Packer, a former 2012 Mitt Romney campaign staffer, created the Our Principles PAC and has been airing anti-Trump ads. An ad released Wednesday attacks Trump over the KKK episode. Here's the ad, "Unelectable":

Conservative group Club for Growth is also airing ads of its own.

"Donald Trump talks tough about China and Mexico. But who has Trump ever actually taken on?" said a Club for Growth ad released Wednesday that will air in Florida. "He even tried to kick an elderly woman out of her home through eminent domain. Real tough guy."

As the anti-Trump machine intensifies, however, time is running out for the other candidates to coordinate. There are less than two weeks to go before states award delegates on a winner-take-all basis on March 15.

"I still think there is time to stop Trump, but boy, the sands of the hourglass are running out and I think they will be almost completely out by March 14 if we don't have a unity ticket that unifies the non-Trump vote," Mackowiak said.