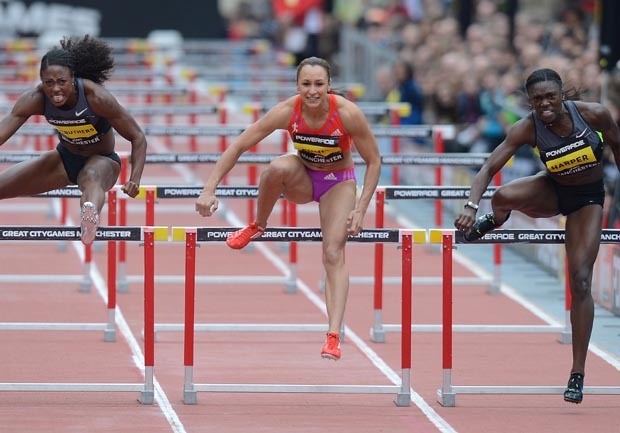 (CBS/AP) Olympic heptathlete Jessica Ennis ran the race of her life in the 100 meter hurdles on Sunday at the Great City Games in Manchester. The Briton clocked 12.75 seconds (her personal best time) into a headwind to beat Olympic champion Dawn Harper and world silver medalist Danielle Carruthers.

Except for one thing: only nine hurdles had been set up instead of the regulation 10, thereby nullifying the race.

"I feel let down," the 26-year-old Ennis said, according to the Guardian. "I felt like it was a good race, I was running well, I was obviously coming through at the end, stick another hurdle on there it would have been the same outcome but, argh, I'm so annoyed. What can I say?"

In a statement organizers said: "We would like to apologize for this unacceptable incident."

As for Ennis, she joked that she would count the hurdles at her next competition in Austria. But for now, the former world heptathlon champ is still astounded by the blunder.

"It's a great event but that's a massive, massive mess-up," said Ennis, who has been voted U.K. Women's Athlete of the Year three times by the British Athletic Writers' Association. "As an athlete you expect that everything should be set up properly and there should be no mistakes like that so I am pretty disappointed with that."