(CBS)
The island was uninhabited when first settled by the British in 1627.

Slaves worked the sugar plantations established on the island until 1834 when slavery was abolished.

The economy remained heavily dependent on sugar, rum, and molasses production through most of the 20th century.

The gradual introduction of social and political reforms in the 1940s and 1950s led to complete independence from the UK in 1966.

In the 1990s, tourism and manufacturing surpassed the sugar industry in economic importance. 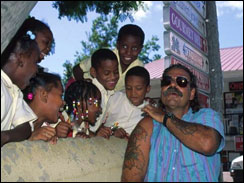 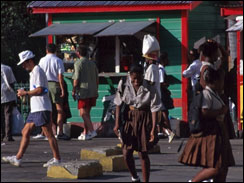 Historically, the Barbadian economy had been dependent on sugarcane cultivation and related activities, but production in recent years has diversified into light industry and tourism. Offshore finance and information services are important foreign exchange earners. The government continues its efforts to reduce unemployment, to encourage direct foreign investment, and to privatize remaining state-owned enterprises. The economy contracted in 2002-03 mainly due to a decline in tourism. Growth was positive in 2005-06, as economic conditions in the US and Europe moderately improved.