(CBS)
Belize was the site of several Mayan city states until their decline at the end of the first millennium A.D.

The British and Spanish disputed the region in the 17th and 18th centuries; it formally became the colony of British Honduras in 1854. Territorial disputes between the UK and Guatemala delayed the independence of Belize until 1981.

Guatemala refused to recognize the new nation until 1992 and the two countries are involved in an ongoing border dispute.

Guatemala and Belize are gearing up for a simultaneous referendum to determine if this dispute will go before the International Court of Justice at The Hague. Tourism has become the mainstay of the economy. 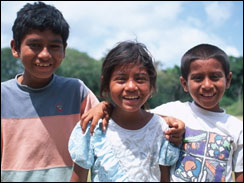 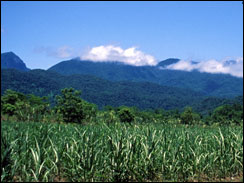 In this small, essentially private-enterprise economy, tourism is the number one foreign exchange earner followed by exports of marine products, citrus, cane sugar, bananas, and garments.

The government's expansionary monetary and fiscal policies, initiated in September 1998, led to sturdy GDP growth averaging nearly 4% in 1999-2007, though growth slipped to 3.8% in 2008 as a result of the global slowdown, natural disasters, and the drop in the price of oil. Oil discoveries in 2006 bolstered the economic growth.

Exploration efforts continue and a small increase in production is expected in 2009. Major concerns continue to be the sizable trade deficit and unsustainable foreign debt equivalent to nearly 70% of GDP.

In February 2007, the government restructured nearly all of its public external commercial debt, which helped reduce interest payments and relieve some of the country's liquidity concerns.

A key short-term objective remains the reduction of poverty with the help of international donors.

Storm Tracker
Follow all the storms this season with satellite images, warnings and wind speed charts.