Although explored by the Spanish early in the 16th century, initial attempts at colonizing Costa Rica proved unsuccessful due to a combination of factors, including: disease from mosquito-infested swamps, brutal heat, resistance by natives, and pirate raids.

It was not until 1563 that a permanent settlement of Cartago was established in the cooler, fertile central highlands. The area remained a colony for some two and a half centuries.

In 1821, Costa Rica became one of several Central American provinces that jointly declared their independence from Spain. Two years later it joined the United Provinces of Central America, but this federation disintegrated in 1838, at which time Costa Rica proclaimed its sovereignty and independence. Since the late 19th century, only two brief periods of violence have marred the country's democratic development.

Although it still maintains a large agricultural sector, Costa Rica has expanded its economy to include strong technology and tourism industries. The standard of living is relatively high. Land ownership is widespread.

In January 2008, Costa Rica assumed a nonpermanent seat on the UN Security Council for the 2008-09 term. 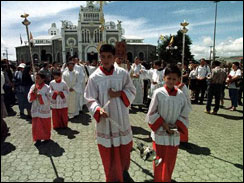 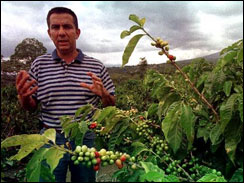 Costa Rica's basically stable economy depends on tourism, agriculture, and electronics exports. Exports have become more diversified in the past 10 years due to the growth of the high-tech manufacturing sector, which is dominated by the microprocessor industry and the production of medical devices.

Tourism continues to bring in foreign exchange, as Costa Rica's impressive biodiversity makes it a key destination for ecotourism. Foreign investors remain attracted by the country's political stability and relatively high education levels, as well as the fiscal incentives offered in the free-trade zones.

Costa Rica has attracted one of the highest levels of foreign direct investment per capita in Latin America. Poverty has remained around 20% for nearly 20 years, and the strong social safety net that had been put into place by the government has eroded due to increased financial constraints on government expenditures.

Immigration from Nicaragua has increasingly become a concern for the government. The estimated 300,000-500,000 Nicaraguans in Costa Rica legally and illegally are an important source of - mostly unskilled - labor, but also place heavy demands on the social welfare system.

Under the ARIAS administration, the government has made strides in reducing internal and external debt - in 2007, Costa Rica had its first budget surplus in 50 years. Reducing inflation remains a difficult problem because of rising commodity import prices and labor market rigidities, though lower oil prices will decrease upward pressures.

The Central Bank is moving towards a more flexible exchange rate system to focus on inflation targeting by 2010. The US-Central American Free Trade Agreement (CAFTA) entered into force on 1 January 2009, after significant delays within the Costa Rican legislature. Nevertheless, economic growth has slowed in 2009 as the global downturn reduced export demand and invesment inflows.

Endangered Macaws
Endangered scarlet macaws born in captivity are reproducing in the wild for the first time in Costa Rica's southern Pacific coast.