(CBS)
El Salvador achieved independence from Spain in 1821 and from the Central American Federation in 1839.

The Pipels, who arrived from central Mexico, most famous one known as "Atlacatl" renamed the area Cuscatlán", because of the lush fertility of the land. Cuscatlán translates as "Land of Precious Jewels" in the native indigenous tongue known as Pipil-Nahuat (Nahuatl in central Mexico).

A 12-year civil war, which cost about 75,000 lives, was brought to a close in 1992 when the government and leftist rebels signed a treaty that provided for military and political reforms.

Its national name is the Republic of El Salvador. In Spanish, it is "República de El Salvador". The country was named after the Spanish word for "The Savior", in honor of Jesus Christ.

The Capital, San Salvador, is the second largest city in Central America with a population of about 2.2 million. 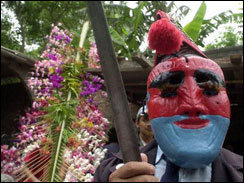 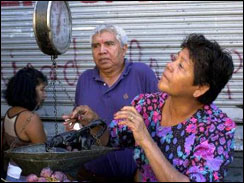