(CBS)
Finland was a province and then a grand duchy under Sweden from the 12th to the 19th centuries, and an autonomous grand duchy of Russia after 1809.

It won its complete independence in 1917.

During World War II, it was able to successfully defend its freedom and resist invasions by the Soviet Union - albeit with some loss of territory.

In the subsequent half century, the Finns made a remarkable transformation from a farm/forest economy to a diversified modern industrial economy; per capita income is now on par with Western Europe.

A member of the European Union since 1995, Finland was the only Nordic state to join the euro system at its initiation in January 1999. 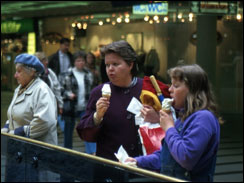 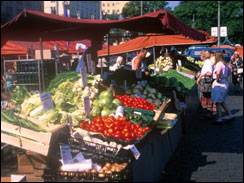 Finland has a highly industrialized, largely free-market economy with per capita output roughly that of the UK, France, Germany, and Italy. Its key economic sector is manufacturing - principally the wood, metals, engineering, telecommunications, and electronics industries. Trade is important; exports equal two-fifths of GDP. Finland excels in high-tech exports, e.g., mobile phones. Except for timber and several minerals, Finland depends on imports of raw materials, energy, and some components for manufactured goods. Because of the climate, agricultural development is limited to maintaining self-sufficiency in basic products. Forestry, an important export earner, provides a secondary occupation for the rural population. High unemployment remains a persistent problem.