(CBS)
As Europe's largest economy and second most populous nation, Germany is a key member of the continent's economic, political, and defense organizations.

European power struggles immersed Germany in two devastating World Wars in the first half of the 20th century and left the country occupied by the victorious Allied powers of the US, UK, France, and the Soviet Union in 1945.

With the advent of the Cold War, two German states were formed in 1949: the western Federal Republic of Germany (FRG) and the eastern German Democratic Republic (GDR).

The democratic FRG embedded itself in key Western economic and security organizations, the EC, which became the EU, and NATO, while the Communist GDR was on the front line of the Soviet-led Warsaw Pact. The decline of the USSR and the end of the Cold War allowed for German unification in 1990. Since then, Germany has expended considerable funds to bring Eastern productivity and wages up to Western standards.

In January 1999, Germany and 10 other EU countries introduced a common European exchange currency, the euro. 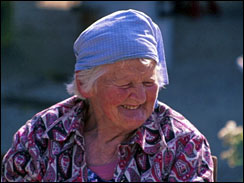 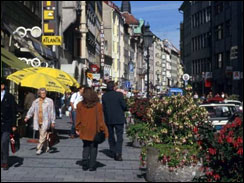 The German economy - the fifth largest economy in the world in PPP terms and Europe's largest - began to contract in the second quarter of 2008 as the strong euro, high oil prices, tighter credit markets, and slowing growth abroad took their toll on Germany's export-dependent economy. At 1.7% in 2008, GDP growth is expected to be negative in 2009.

Recent stimulus and lender relief efforts will make demands on Germany's federal budget and undercut plans to balance its budget by 2011. Strong growth in 2007 led unemployment in 2008 to fall below 8%, a new post-reunification low.

This suggested the reforms launched by the former government of Chancellor Gerhard SCHOEDER, deemed necessary due to chronically high unemployment and low average growth, had had the desired effect. The current government of Chancellor Angela MERKEL has initiated other reform measures, such as a gradual increase in the mandatory retirement age from 65 to 67 and measures to increase female participation in the labor market.

Germany's aging population, combined with high chronic unemployment, has pushed social security outlays to a level exceeding contributions, but higher government revenues from the cyclical upturn in 2006-07 and a 3% rise in the value-added tax cut Germany's budget deficit to within the EU's 3% debt limit.

The modernization and integration of the eastern German economy - where unemployment exceeds 30% in some municipalities - continues to be a costly long-term process, however, with annual transfers from west to east amounting to roughly $80 billion.

While corporate restructuring and growing capital markets have set strong foundations to help Germany meet the longer-term challenges of European economic integration and globalization, Germany's export-oriented economy has proved a disadvantage in the context of weak global demand.

Obama Storms The Continent
Travels to France and Germany for NATO Summit marking 60th anniversary of the organization.