(CBS)
Carib Indians inhabited Grenada when Columbus discovered the island in 1498, but it remained uncolonized for more than a century. The French settled Grenada in the 17th century, established sugar estates, and imported large numbers of African slaves. Britain took the island in 1762 and vigorously expanded sugar production.

In the 19th century, cacao eventually surpassed sugar as the main export crop; in the 20th century, nutmeg became the leading export. In 1967, Britain gave Grenada autonomy over its internal affairs.

Full independence was attained in 1974 making Grenada one of the smallest independent countries in the Western Hemisphere. Grenada was seized by a Marxist military council on Oct. 19, 1983.

Six days later the island was invaded by U.S. forces and those of six other Caribbean nations, which quickly captured the ringleaders and their hundreds of Cuban advisers. Free elections were reinstituted the following year and have continued since that time. 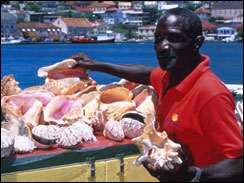 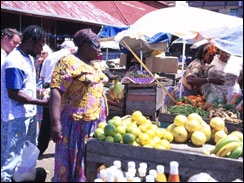 Grenada relies on tourism as its main source of foreign exchange, especially since the construction of an international airport in 1985. Strong performances in construction and manufacturing, together with the development of an offshore financial industry, have also contributed to growth in national output.