(CBS)
Guadeloupe has been a French possession since 1635.

As with the other overseas departments, Guadeloupe is also one of the 26 regions of France (being an overseas region) and an integral part of the Republic.

As part of France, Guadeloupe is part of the European Union; hence its currency is the euro.

Guadeloupe is however not party to the Schengen Agreement. 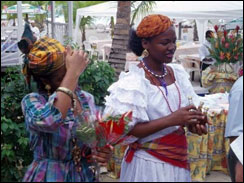 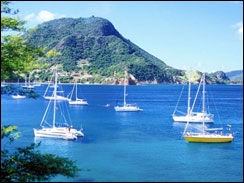 The Caribbean economy depends on agriculture, tourism, light industry, and services. It also depends on France for large subsidies and imports. Tourism is a key industry, with most tourists from the US; an increasingly large number of cruise ships visit the islands. The traditional sugarcane crop is slowly being replaced by other crops, such as bananas (which now supply about 50% of export earnings), eggplant, and flowers. Other vegetables and root crops are cultivated for local consumption, although Guadeloupe is still dependent on imported food, mainly from France. Light industry features sugar and rum production. Most manufactured goods and fuel are imported. Unemployment is especially high among the young. Hurricanes periodically devastate the economy.