(CBS)
Hungary was part of the polyglot Austro-Hungarian Empire, which collapsed during World War I.

The country fell under Communist rule following World War II. In 1956, a revolt and an announced withdrawal from the Warsaw Pact were met with a massive military intervention by Moscow.

Under the leadership of Janos KADAR in 1968, Hungary began liberalizing its economy, introducing so-called "Goulash Communism." Hungary held its first multiparty elections in 1990 and initiated a free market economy. 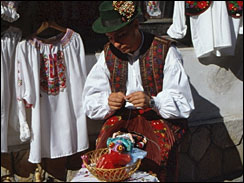 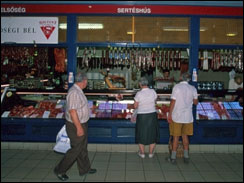 Hungary has made the transition from a centrally planned to a market economy, with a per capita income nearly two-thirds that of the EU-25 average. Hungary continues to demonstrate strong economic growth and acceded to the EU in May 2004. The private sector accounts for over 80% of GDP. Foreign ownership of and investment in Hungarian firms are widespread, with cumulative foreign direct investment totaling more than $60 billion since 1989. Hungary issues investment-grade sovereign debt. International observers, however, have expressed concerns over Hungary's fiscal and current account deficits. Inflation has declined from 14% in 1998 to 3.7% in 2006. Unemployment has persisted above 6%. Hungary's labor force participation rate of 57% is one of the lowest in the Organization for Economic Cooperation and Development (OECD). Germany is by far Hungary's largest economic partner. Policy challenges include cutting the public sector deficit to 3% of GDP by 2008, from about 6.5% in 2006, and tackling a persistent trade deficit. The current government has announced and begun to implement an austerity program designed to address these issues, leading to eventual adoption of the euro.