(CBS)
Celtic tribes arrived on the island between 600-150 B.C. Invasions by Norsemen that began in the late 8th century were finally ended when King Brian BORU defeated the Danes in 1014.

English invasions began in the 12th century and set off more than seven centuries of Anglo-Irish struggle marked by fierce rebellions and harsh repressions.

A failed 1916 Easter Monday Rebellion touched off several years of guerrilla warfare that in 1921 resulted in independence from the UK for 26 southern counties; six northern (Ulster) counties remained part of the UK.

In 1948 Ireland withdrew from the British Commonwealth; it joined the European Community in 1973.

Irish governments have sought the peaceful unification of Ireland and have cooperated with Britain against terrorist groups. A peace settlement for Northern Ireland is being implemented with some difficulties.

In 2006, the Irish and British governments developed and began working to implement the St. Andrews Agreement, building on the Good Friday Agreement approved in 1998. 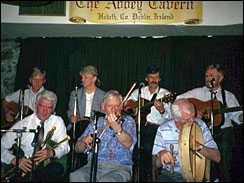 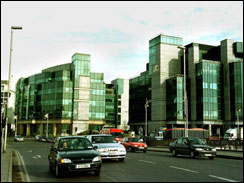 Ireland is a small, modern, trade-dependent economy with growth averaging 6% in 1995-2006. Agriculture, once the most important sector, is now dwarfed by industry and services. Industry accounts for 46% of GDP, about 80% of exports, and 29% of the labor force. Although exports remain the primary engine for Ireland's growth, the economy has also benefited from a rise in consumer spending, construction, and business investment. Per capita GDP is 40% above that of the four big European economies and the second highest in the EU behind Luxembourg. Over the past decade, the Irish Government has implemented a series of national economic programs designed to curb price and wage inflation, reduce government spending, increase labor force skills, and promote foreign investment. Ireland joined in circulating the euro on 1 January 2002 along with 11 other EU nations.

Troubles Of Northern Ireland
History of the bloody conflict and a look at the long and rocky road to peace.