(CBS)
After a brief period of independence between the two World Wars, Latvia was annexed by the USSR in 1940 - an action never recognized by the US and many other countries.

It reestablished its independence in 1991 following the breakup of the Soviet Union.

Although the last Russian troops left in 1994, the status of the Russian minority (some 30% of the population) remains of concern to Moscow.

Latvia joined both NATO and the EU in the spring of 2004. 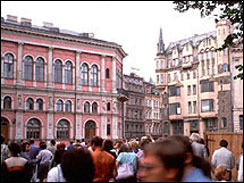 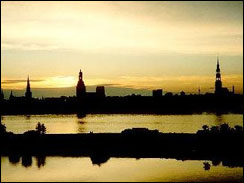 Latvia's economy experienced average GDP growth of more than 7.0% over the past several years. In 2006 it reached 10.2% real GDP growth. The majority of companies, banks, and real estate have been privatized, although the state still holds sizable stakes in a few large enterprises. Latvia officially joined the World Trade Organization in February 1999. EU membership, a top foreign policy goal, came in May 2004. The current account deficit - more than 15% of GDP in 2006 - and inflation remain major concerns.