(CBS)
The Principality of Liechtenstein was established within the Holy Roman Empire in 1719; it became a sovereign state in 1806.

Until the end of World War I, it was closely tied to Austria, but the economic devastation caused by that conflict forced Liechtenstein to enter into a customs and monetary union with Switzerland.

Shortcomings in banking regulatory oversight resulted in concerns about the use of financial institutions for money laundering.

However, Liechtenstein implemented anti-money-laundering legislation over the past several years and a Mutual Legal Assistance Treaty with the US went into effect in 2003. 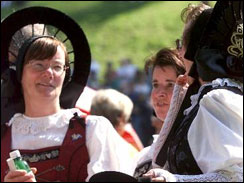 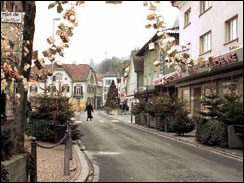 Despite its small size and limited natural resources, Liechtenstein has developed into a prosperous, highly industrialized, free-enterprise economy with a vital financial service sector and living standards on a par with its large European neighbors. The Liechtenstein economy is widely diversified with a large number of small businesses. Low business taxes - the maximum tax rate is 20% - and easy incorporation rules have induced many holding or so-called letter box companies to establish nominal offices in Liechtenstein, providing 30% of state revenues. The country participates in a customs union with Switzerland and uses the Swiss franc as its national currency. It imports more than 90% of its energy requirements. Liechtenstein has been a member of the European Economic Area (an organization serving as a bridge between the European Free Trade Association (EFTA) and the EU) since May 1995. The government is working to harmonize its economic policies with those of an integrated Europe.