(CBS)
Independent between the two World Wars, Lithuania was annexed by the USSR in 1940 - an action never recognized by the US.

On March 11, 1990, Lithuania became the first of the Soviet republics to declare its independence, but Moscow did not recognize this proclamation until September of 1991 (following the abortive coup in Moscow).

The last Russian troops withdrew in 1993. Lithuania subsequently restructured its economy for integration into Western European institutions; it joined both NATO and the EU in the spring of 2004. 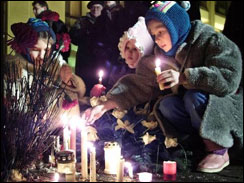 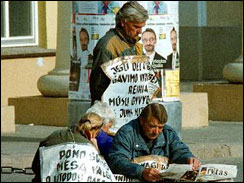 Lithuania, the Baltic state that has conducted the most trade with Russia, has grown rapidly since rebounding from the 1998 Russian financial crisis. Unemployment fell to 3.7% in 2006, while wages grew 17.6%, contributing to rising inflation. Exports and imports continue to grow strongly, and the current account deficit rose to nearly 10% of GDP in 2006. Trade has been increasingly oriented toward the West. Lithuania has gained membership in the World Trade Organization and joined the EU in May 2004. Privatization of the large, state-owned utilities is nearly complete. Foreign government and business support have helped in the transition from the old command economy to a market economy, but foreign direct investment declined in 2006.