The island staunchly supported the UK through both World Wars and remained in the Commonwealth when it became independent in 1964.

Since about the mid-1980s, the island has transformed itself into a freight transshipment point, a financial center, and a tourist destination.

Malta is a member of the Commonwealth of Nations.

It has been a member state of the European Union (EU) since 2004 and it is currently the smallest EU country in both population and area. 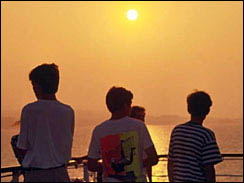 Ethnic groups:
Maltese (descendants of ancient Carthaginians and Phoenicians, with strong elements of Italian and other Mediterranean stock) 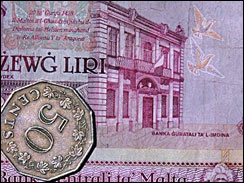 Major resources are limestone, a favorable geographic location, and a productive labor force. Malta produces only about 20% of its food needs, has limited fresh water supplies, and has few domestic energy sources. The economy is dependent on foreign trade, manufacturing (especially electronics and pharmaceuticals), and tourism. Continued sluggishness in the European economy is holding back exports, tourism, and overall growth.